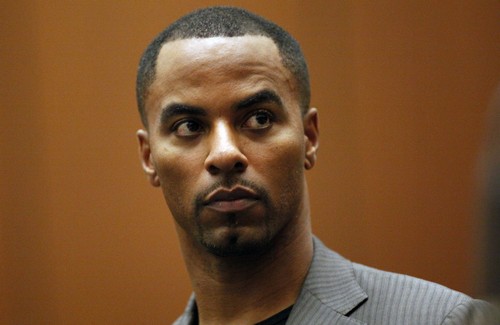 Darren Sharper – who was accused of raping several women back in September – reportedly admitted in front of witnesses that he did actually rape those women according to New Orleans investigators. Neither Darren nor his associate have been charged with a crime but based on this latest evidence, it shouldn’t be too long now.

Darren’s associate is reportedly a man named Eric Nunez, who officials released the application for an arrest warrant. The N.O.P.D. claim that both men had non-consensual sex with woman who were ‘substantially impaired‘, a.k.a. drugged and unable to function. The incident happened on September 23rd of last year, and honestly, it’s a disgrace that it’s taken this long to sort out the matter. It’s been more than four months since the rapes took place, and both suspects haven’t even been charged with a crime!

In the document for the arrest warrant, officials reportedly wrote, “Through further investigation by the detectives it was learned that Nunez and Sharper admitted to other known witnesses that he and Sharper had vaginal and/or oral sex with victims #1 and #2 without their knowledge or permission.”

They also reveal that an acquaintance of Darren’s saw both him and his associate wearing boxers in his apartment.

Again, so much UGH. Because Darren’s an NFL star, he’ll no doubt manage to get a fantastic defense, although I doubt there’s any way he’ll be able to fight these allegations. From all points of view, the guy’s guilty, and all the evidence points to it. But because of the screwed up nature of our judicial system, there’s really no guarantee that he’ll serve hard time.