Days Of Our Lives Spoilers: Eve Donovan Goes After Jennifer’s Money and Daniel, The Man She Wants! 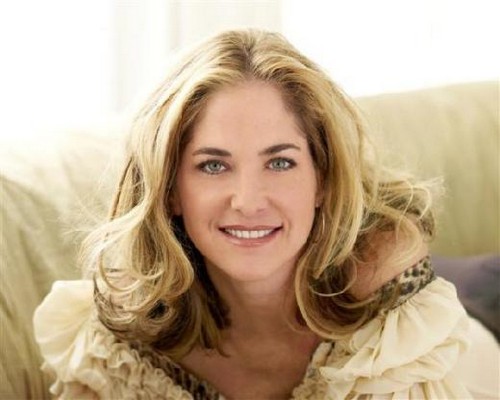 Eve Donovan has made her return to Salem on NBS’s soap opera Days of Our Lives, and she waltzed into town like a bat out of hell. We thought Theresa Donovan was a scheming little vixen, and she doesn’t hold a candle to her big sister, Eve. During the July 1st episode of Days of Our Lives, Jennifer Horton was served papers revealing Eve was suing her for royalties from her dead husband Jack Deveraux’s book, because she too was married to Jack at one point. According to Days Of Our Lives spoilers, Eve Donovan is just getting started, and she is far from done wreaking havoc in Jennifer’s life.

Jennifer and Eve Donovan have had a rivalry since they were teens, ironically right before Eve arrived in Salem, Jennifer was looking through her old high-school yearbook and reminiscing about the not so great memories she had of Eve Donovan. Eve and Jennifer shared not one, but two guys, Frankie Brady and Jack Deveraux. Although, Eve’s marriage to Jack was matter of convenience and they allegedly never hooked up (soaps have a way of rewriting themselves over the years and that could change).

Days Of Our Lives spoilers for July 4th tease some patriotic festivities in Salem, and Even Donovan continues to get her under Jennifer’s skin. Not only is she trying to steal Jennifer’s money that she made off Jack’s book, she is going to try to steal Jennifer’s man (well, ex at the moment) Daniel as well! According to DOOL spoilers, Jennifer is furious at the Salem 4th of July picnic at the lake when Eve Donovan won’t keep her hands off Daniel. Technically, Jennifer and Daniel are broken up at the moment, but the odds of them getting back together were just significantly depleted with Eve Donovan wiggling her way in between them.

Do you think Daniel will see through Eve Donovan’s schemes, or could he actually be over Jennifer and ready to hook up with someone new? How long before Jennifer snaps on Eve, and another epic DOOL cat fight goes down? Let us know what you think in the comments below and don’t forget to check CDL tomorrow for more Days of Our Lives spoilers.