BY Amanda Austin on May 6, 2014 | Comments: 10 comments
Related : Days of Our Lives, Soap Opera, Spoiler, Television 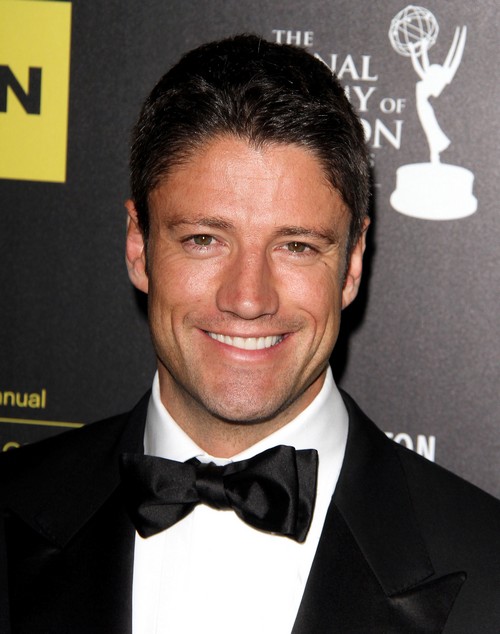 We are all still shocked by the Days of Our Lives announcement a few days ago, which revealed that cast member James Scott had officially resigned and shot his last scene as the iconic character EJ DiMera. Now that the initial shock has worn off, details are beginning to emerge on why Scott is bidding adieu to the daytime soap opera, and they are insane!

Rumor has it Scott had a life-changing trip to the jungle in Peru, where he smoked hallucinogens, aligned his chakras, and realized what was important in life – and apparently Days of Our Lives didn’t make the cut.

One could argue that DiMera’s trip had nothing to do with his resignation, but let’s be serious- he resigned less than a month after his trip, and multiple sources have referenced his bizarre behavior since he returned from the jungle. After his trip Scott gave an interview to Michael Fairman, in which he bragged, “’I sat in a tent, in a hut, in the jungle, on the amazons with three shaman blowing tobacco smoke into my crown, realigning my chakras and my energy, while I hallucinated for four to six hours. It sounds wacky when you say it, but it was truly the most important thing I have ever done. I came back a very different person.” Even Scott is crediting his new lease on life and decision to quit DOOL to his ‘life changing experience” in Peru.

Several websites are also reporting that there was a lot more to Scott’s interview with Fairman that never seen the light of day. Apparently the actor referred to obsessed soap fans as “f—ing idiots” and stated he is “done catering to them.” When rumors first emerged that James Scott had said that about his DOOL fans, it seemed far-fetched. But, considering he just quit the show, it is totally believable. He wasn’t kidding, he id “done catering” to fans, and done with Days of Our Lives altogether.

Are you sad to see James Scott leave Days of Our Lives, or are you happy to see him go? Let us know what you think in the comments below!