Days Of Our Lives Spoilers: Does Sami Die – Is Role Taken by Anne Judson-Yager as Alison Sweeney Moves To General Hospital? 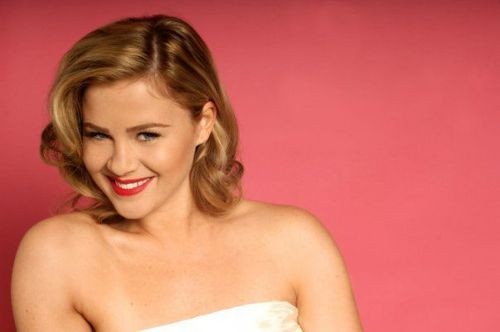 Days of Our Lives spoilers teased months ago that Alison Sweeney was leaving the NBC soap opera, after a 21 year run as the iconic character Sami Brady. Sweeney revealed on social media that her last day of filming was on May 23rd, so that means that her last episode as Sami Brady will air around the middle of October. At first Alison Sweeney said in interviews that the writers were keeping her character open, so she could stop by and make guest appearances for special occasions. Then Alison was hired by General Hospital supposedly in a non-acting capacity. However, recent revelations have Days fans questioning if the character of Sami Brady might be recast, or even killed off.

Days of Our Lives is just like any other soap opera, and moves excruciatingly slowly. A week of episodes can add up to two hours in Salem time. Generally if a major character is leaving Salem (or any other soap opera), there are small hints dropped so that fans won’t be shocked when they suddenly skip town or are murdered, or sent away to prison, or whatever other method the writers use to get them off the canvas. As of right now there are no signs that Sami Brady will be leaving town, however there are plenty of people in Salem that have a motive to murder her, which makes us wonder if the character is going to be killed off.

In just two months Sami Brady will be gone, and it is hard to imagine the writers cramming an entire exit story for such a huge character in to just two months. And, that is why rumors are running rampant that Sami Brady might be recast. One rumor that just won’t seem to die is that actress Anne Judson-Yager might be cast to fill Alison Sweeney’s shoes. Other than the fact that Anne is a dead ringer for Sami, there really is no other substantial evidence out there right now that would lead us to believe that is the case.

What do you think Days fans? What are your theories on Sami Brady’s exit? Will she leave town or be murdered? Or do you think that TPTB are searching for an actress to replace Alison Sweeney? Let us know what you think in the comments below and don’t forget to check CDL tomorrow for more Days of Our Lives spoilers.