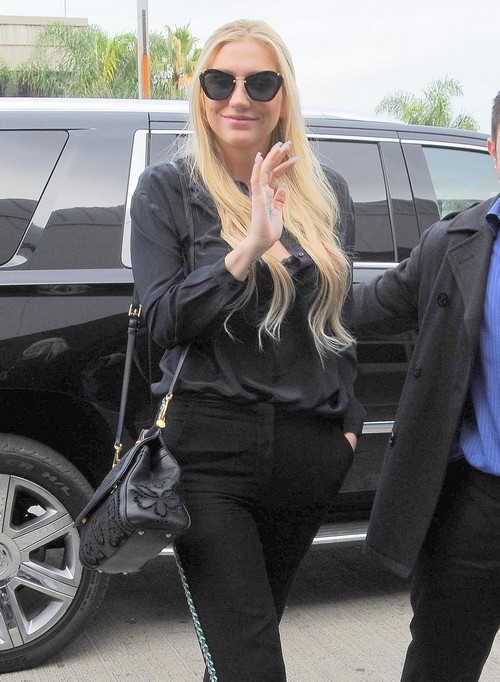 Kesha and Dr. Luke are embroiled in a bitter lawsuit against each other. She began all of the drama surrounding them by filing suit against the famed producer, but he has called BS and is countersuing. She accused him of sexual assault and battery, making claims that he forced her to take drugs and then took advantage of her inebriated state. Dr. Luke hit back against the “Timber” singer by countersuing, claiming defamation and breach of contract.

Since his lawsuit filing, he has been trying to make Kesha look like a lying liar out of her liar hole. He is basically trying to discredit her in every way possible so that in the eyes of the court she looks unreliable. He has already entered a napkin in which she wrote what appeared to be a love note praising the producer into evidence, thus solidifying his claims that she is basically a hot mess.

In 2012, Kesha claimed that she wrote the lyrics to her song “Die Young”, but in light of the Newtown Sandy Hook massacre, she claimed that she was forced to sing the lyrics. Dr. Luke has entered her conflicting statements into evidence, trying to establish that the singer has a pattern of lying.

Weeks before the Newtown tragedy, Kesha said in an interview, “I definitely make sure that every word rings true to me because I would never want to misrepresent myself to millions of people around the world … I wrote and rewrote and rewrote that song ten times.”

Following the massacre, she said, “I did NOT want to sing those lyrics and I was FORCED TO.”

In order to seal the deal that she is a habitual liar, Dr. Luke also put reports that Kesha insinuated that her father was Mick Jagger. He says that she knew it wasn’t true, but it didn’t stop her from making the false claims. He isn’t stopping at calling her a liar, either. He also says that she once locked her own mother out of a hotel room in Las Vegas without any shoes or money. He revealed in the documents, “Pebe was forced to wander the hotel’s casino floor, begging for assistance.”

Kesha is sad and trashy…imagine our surprise.