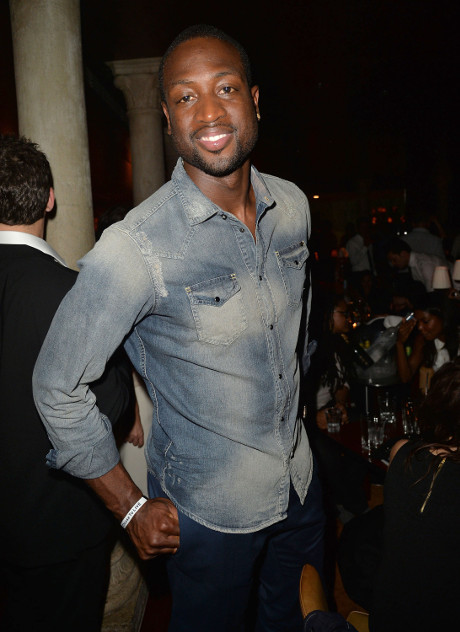 Dwyane Wade fathered a child while he and Gabrielle Union were on a “break” and, according to some new information, the woman with which he had a baby is also the mother of Damon Wayans Jr.’s children! According to the birth certificate, looked at by TMZ, it says that the baby was mothered by 30-year-old Aja Metoyer. Not much is known about how they were “familiar” with one another, but it’s obvious that they were on more than friendly terms because . . . BOOM! Baby!

Aja has two other children, who were reportedly fathered by Wayans. Wow, this seems like a case of super shady baby mama drama! Everyone is quite curious about Wade and Aja’s relationship, specifically the timeline regarding how and when everything went down — and whether or not he and Gabby were actually broken up during the time of his love child’s conception.

Based on some findings by TMZ, it appears as if Gabby and Wade were technically together during that period and he cheated on her. On Gabby’s Instagram, there’s apparently a long list of pictures and captions that don’t appear to be a couple “on a break.” Romantic photos. Dog playing. The whole shebang. Until April, when Gabby began posting those types of statements that are just super sad and cryptic and annoying — clearly alluding to a relationship-on-the-rocks, or on the verge of destruction.

She said things like “Sometimes you have to get knocked down lower than you have ever been, to stand up taller than you ever were” and “We cannot start over, but we can begin now, and make a new ending.” Wade eventually returns to the picture later in May, and things seem have gotten a bit better by then, with Gabby saying, “I like this dude.”

While nothing’s certain, it definitely seems that Gabby found out about Wade’s secret child and put a hold on their relationship for a while. What do you think about this situation, quite confusing to untangle without getting too messy. Let us know your thoughts in the comments section below.