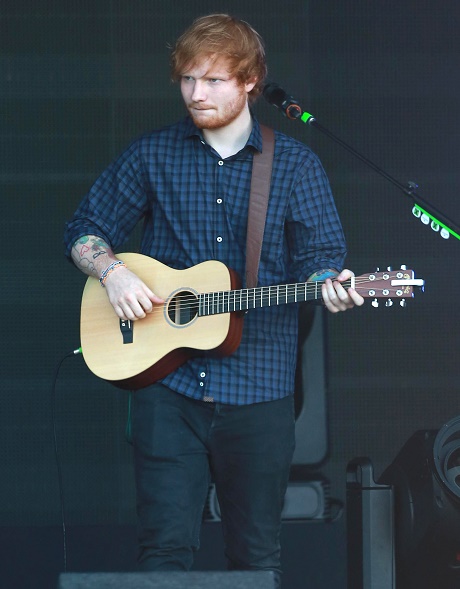 Ed Sheeran is never one to diss other singers in public, nor is he one to start feuds on a whim. However, Ed was dating Ellie Goulding, and then all of a sudden, he wasn’t. We wouldn’t have given their relationship a second thought if it wasn’t for Ed’s single, ‘Don’t [from his album x]. The song went into detail about a cheating girlfriend and a guy he had ‘never seen as a threat‘. The cheating girlfriend was obviously Ellie, but the identity of the guy remained a mystery – until now.

Ed was on the Howard Stern show to discuss his music, and when the topic came to the single, Ed started getting shifty. However, Howard straight up asked Ed if it was a ‘One Direction guy’ and Ed replied, “The papers says a lot of things. I have kept my mouth shut about a lot of things. I think if you add any fuel to any fire…”

Yeah, that’s a confirmation if I ever saw one. And if we look at the unattached members of One Direction, it’s basically only Harry Styles and Niall Horan. And Ed would have considered Harry a ‘threat’, so obviously it had to be Niall that he would have overlooked – and who took him by surprise.  Plus, there were rumors that Niall and Ellie were getting friendly at concerts, award shows, and parties when she was still rumored to be dating Ed, so it’s safe to say that the rumors were probably right for once.

Ed also added that he did confront this guy later, explaining, “It’s a difficult conversation to have… He was my mate, so I was just a bit like, ‘Um not cool,’ but…”

Yeah, it could really only have been Harry or Niall. And Ed still remains very good friends with Harry, so Niall’s the only logical option here. Ed handled situation as best as he could have, but I’m shocked that he’s being so mature about this. Aren’t you?