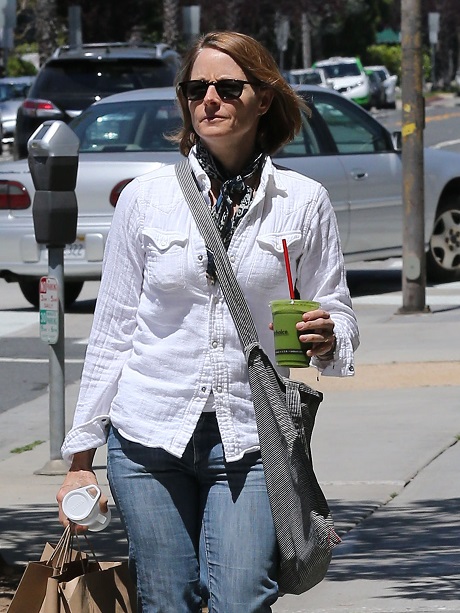 It’s always interesting when we learn the truth behind a celebrity situation. There have been rumors of recent bad blood between Ellen DeGeneres and Jodie Foster over Alexandra Hedison. Ellen had dated Alexandra for a few years and, recently, Alexandra married Jodie — supposedly against Ellen’s advice. At first, it sounded like Ellen was looking out for Jodie’s well-being while warning her that marrying Alex may not be in her best interest. Now, we’re learning that the connections between Jodie and Ellen run a whole lot deeper and further than this one woman.

According to the June 23rd print edition of GLOBE Magazine, when Ellen first arrived in Hollywood back in the 80s she asked Jodie for help in finding the right connections and got nothing. Then, when Ellen came out back in 1997, she hoped that Jodie would also step up and set a good example. Instead, she chose to hide in the shadows while Ellen wondered whether or not she would have a career to salvage. Ellen supposedly never got over feeling unsupported by one of the strongest women in Hollywood and watching her with Alexandra irks her.

Obviously Ellen is married to Portia de Rossi and that was a commitment that she made years before Jodie hooked up with Alexandra — but it still stings. The fact that Ellen and Portia’s marriage is rumored to be teetering on divorce isn’t helping anything either. Ellen is left to look at Jodie and feel like, as usual, she comes out on top while her own life is messy. Do you think that Ellen and Jodie will ever be able to support each other?