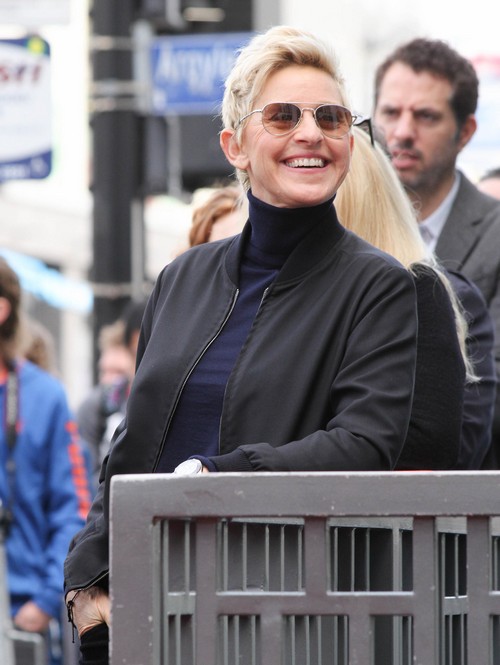 Well, it looks like Ellen DeGeneres and Portia de Rossi’s divorce is back on. One would think that Ellen DeGeneres and Portia de Rossi are exhausted from all of the fighting they do, because frankly we’re exhausted from trying to keep track of all of their fights. Apparently, Portia and Ellen did not have a Merry Christmas, the controversial couple had a major public fight at a holiday party in front of their friends. According to new reports Ellen’s temper got the best of her and she blew up on Portia in front of everyone!

The January 5th edition of Star Magazine reveals, “Ellen de Generes and her wife, Portia de Rossi, got into a heated argument recently while attending a Christmas party at the home of her producer, Andy Lassner. According to sources, the talk show host went crazy when she caught Portia sneaking away to light up a cigarette.” One of the partygoers blabbed to Star, “Ellen went into the kitchen to get something and saw Portia smoking. She tried to hide it, but that just set Ellen off. Portia screamed at Ellen that she wasn’t going to be told what to do. It got so loud that people ran into the kitchen to make sure that everything was OK. It was definitely awkward.”

It is no secret that Ellen de Generes has a controlling side, but the couple’s fights have really heated up over the past few months since Portia got sober and has begun fighting back and defending herself. Apparently nothing irks Ellen DeGeners more than an insubordinate wife. Are you as shocked as we are that Ellen and Portia are even still together? Do you think 2015 will be the year that they finally grow tired of fighting and get a divorce? Let us know what you think in the comments below!