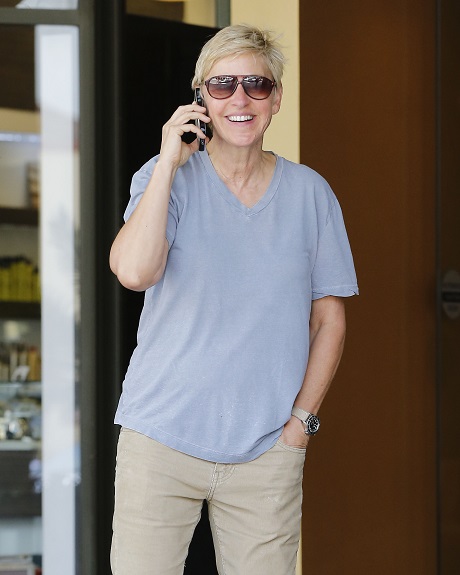 Ellen DeGeneres and Portia de Rossi are in the throes of some kind of marriage crisis, whether it be divorce, fighting, cheating, or Portia’s alcohol and drug addiction. It was recently reported that Portia attended rehab in May, but the bigger question is whether Ellen knew about Portia’s addiction and, if she did, why it took so long for her to admit Portia to a rehab center.

I get that Portia is a grown woman and nobody can force her to go to rehab if she doesn’t want to. But, at the same time, I’m having a hard time believing that Ellen just stood by and watched her wife go down this path without attempting to stop her.

So that leaves us with two choices. The first choice is that Ellen knew about Portia’s drinking and drugs, and encouraged it. Perhaps she didn’t think it was a big deal; perhaps she also participated, or perhaps the drugs helped with their sex life. Trust me, that’s not even a sordid detail in Hollywood.

The second option is that Ellen truly had no idea that Portia was traversing such a dangerously slippery slope, and her concentration on her TV show and career took away focus from her marriage. I mean, she had the Oscars to prepare for in February, she was constantly photographed with other women, and she also had her TV show to run at the same time. That would take a toll on any marriage, much less one where one half of the partnership is suddenly drinking and taking drugs.