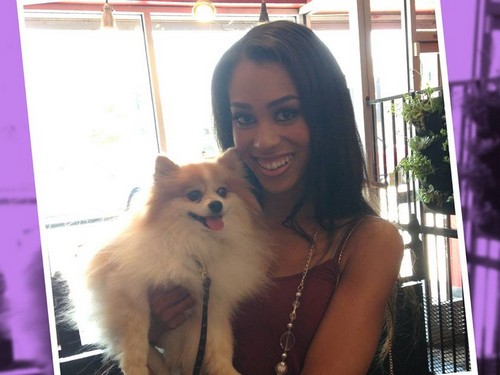 Tonight on the CW at 8PM EST Famous in 12 airs for its third episode of season 1. On tonight’s episode, “Lace, Leather and Karma” a family continues to try and become the next Kardashian family, they’ve got 12 weeks in total to prove it.

On the last episode the Artiaga family were told about the amount of haters they had from Harvey, this caused them to get together and strategize how they can make the media go crazy and in the end result make them closer to their goal. Did you watch the last episode? If you missed it we have a full and detailed recap, right here for you.

On tonight’s episode the family in the U.S. continues to prove that they have what it takes to become famous. The question is: can they pull it off in 12 weeks? That’s the challenge in this unique social experiment that tracks the lives of one determined family as they move to the entertainment capital of the world – Los Angeles – and seek fame while being filmed around the clock for 12 weeks straight. Members of the family all have unique talents, and they will be guided by Harvey Levin and the TMZ machine, which will create a series of opportunities for them. Family members will also be constantly tracked via Twitter, Facebook, Instagram and YouTube to build their social media profiles. This information will be analyzed by the show’s “Star Power Meter” each week. They are now currently into week 3 and they’re pushing themselves to become famous.

Tune in tonight to catch the third episode of Famous in 12 on CW – we’ll be right here recapping it for you live! In the meantime, let us know what you expect from the show.

Tonight’s episode begins with the family discussing the competitive nature among the sisters. Jameelah is feeling down feeling like her sisters have turned against her. A family meeting is called for the family to get back on track and talk about how they must work together. Angie and Mike are determined to shift the focus back to the family as a unit working together.

Harvey is talking to the TMZ crew and is thinking about getting Mike in touch with SBE, some entertainment/promotion heavyweights to help him out. Harvey gives Mike the opportunity, but tells him that he has to run with it and make it happen. The goal is to DJ in Hollywood so he is nervous, but excited as well. Angie reminds Mike that some of the comments they’ve gotten are that Mike is too quiet. He feels like Angie is being more of a mom than a supporter.

The couple goes to meet with Todd Barnes. Mike plays the meeting well but Angie steps in and adds some helpful comments to sway Todd’s opinion because he seems a bit hesitant. Todd wants to hear Mike’s CD. He goes off and Mike and Angie talk, with Mike a bit nervous about Todd’s response. Todd comes back and offers to give him 20 minutes time at the turntables and Mike is elated. He has just enough time to make an impression.

Angie asks the girls to meet with her about the night. Tonight is Mike’s big night and Jameelah and Taliah are coming along with some cute little outfits to cheer him on. What he finds out upon arriving at the club is that it is a gay club and he needs to wear some tighty-whities. He gets into it though and joins the girls on the dance floor later as they all try to get the crowd pumped up. In the end, he feels like the night was a success.

The sisters go out to dinner and happen to run into Jonathan Cheban. They cannot let the opportunity pass so they all leave their table to join him and ask him for guidance about making it in Hollywood. The girls tell him he should be a life coach! He was very friendly, helpful, and gave the girls some great advice about making it in Hollywood. He tells them they need to be nice to people and work hard. The girls ask questions about his BFF Kim Kardashian and he shares that she is as successful as she is because of how hard she works.

The girls were invited to a private event and decide to wear more conservative outfits on their way out for the sake of mom and dad, but then have a change of clothes that are more appropriate for the lingerie/masquerade party. Maariyah is not happy about the event because the party was a bust. No celebrities showed up, but they got a little publicity. The girls later have to come and face the music with Mike and Angie after Angie sees a picture of the girls at the party that shows them in the outfits they wore AFTER they left the house.

Harvey talks about putting the three girls against one another on TMZ where they ask “Who’d You Rather” asking readers to choose which of the three they’d prefer to “be with.” Harvey was right when he said he thought it would cause problems with the girls. Maariyah was the winner, then Jameelah, and then Taliah. Taliah is upset, however, after Jameelah insinuates that Taliah was the least popular choice because she is a mom. Taliah does not think being a mom gives her the un-sexy factor. She goes on to explain how the love of her life passed away recently after a battle with cancer but she is happy and proud to have their son. Angie is the mediator once again and cannot believe the petty things the girls have been arguing about.

When the family meets with Harvey, he shares how he was impressed with Mike’s performance and attitude. Harvey tells the girls they walked around like “three bumps on logs” and didn’t even talk with anyone. The girls said there were not many celebs there so there wasn’t anyone to talk to. Harvey begs to differ and says his assistant was there and the party was filled with “young Hollywood” and they should have done a better job with taking the opportunity to meet some of the right people. Harvey then talks about Maariyah winning the “who’d you rather” feature on TMZ.

When Taliah shares why she was upset—not over the results, but over Jameelah’s comments, Harvey asks if Jameelah was as big a bitch in Beaumont as she is now. Harvey gives the girls a wake-up call about their attitudes. He asks Angie to share why she wants to be famous. She says that she wants to better provide for her family and she thinks the girls are in it for more selfish reasons. Mike’s popularity went up in the past week. Jameelah increased her following by 17% but her popularity is “hate” as only 1 out of 10 people still like her. Harvey tells her that she has a PR problem. She has some work to do. Maariyah has 90% of the people liking her. Her popularity rating is basically the opposite of Jameelah’s. We interviewed Maariyah and we agree that she is just very likeable! Harvey warns the family that if they were in week 12, they’d need to go back to Beaumont. He tells them they need to step it up. Harvey asks them if they are committed to moving forward.

Mike and Angie have a talk outside and it mainly centers around issues with Jameelah being rude and the girls being hurt by her comments. Mike gives Angie the pep talk she needs to take charge and lead the family as she’s been doing.

Join us here next week as we recap Famous in 12 and share all the details of the Artiaga’s quest for fame. Be sure to check out our exclusive interview with Maariyah.