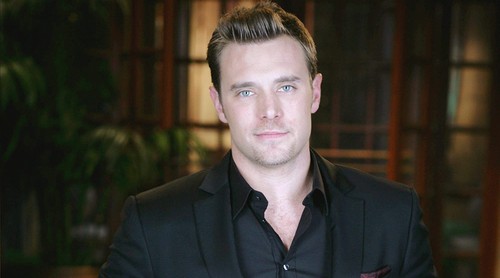 General Hospital spoilers for the episode airing on Wednesday, December 10 tease another eventful and action-packed day in Port Charles on the ABC soap. GH rumors have been floating around for a while not that Sam Morgan decides to investigate the newest addition to Port Charles, Jake, and she is the one that discovers he is her not-so-dead husband Jason Morgan. Well, according to an all new sneak peek video for December 10 – there may actually be some truth to those rumors. In the promo video, Sam and Jake AKA Jason Morgan can be see sitting at a table together and Jake asks her “Do you know what the gunman is?” Ironically, Jake has no idea that he actually is the gunman that kidnapped her and shot Nathan.

General Hospital spoilers tease that this week Ava Jerome will get her daughter back, with the help of Kiki, Morgan, and Silas. In the spoiler video for tomorrow’s episode, Kiki and Morgan stop at a diner while tracking Nina and Franco, and coincidentally it is the diner that Ava’s mother works at – she is shocked when she sees her grand-daughter Kiki. Meanwhile, the GH video also shows Silas waking Ava up and surprising her with her daughter, safe and sound. This isn’t our first time around the soap opera block though – and there is a very good chance that it is just a dream sequence.

In other General Hospital news, Fluke is up to no good at the Quartermaine House, and he takes Michael aside and informs him they need to talk. It looks like Fluke hasn’t given up on his dream of taking over ELQ. GH spoilers also tease that Carly pays Sonny a visit at Pentonville, and is horrified when she sees his cuts and bruises from his latest prison beat down.

So, GH fans, what do you think Fluke wants with Michael? Has Franco and Nina’s creepy makeshift family fantasy finally coming to an end? In all honesty, who do you think the baby is better off with, the Jeromes and the Corinthos or Franco and Nina? Let us know what you think in the comments below and don’t forget to check CDL tomorrow for more General Hospital spoilers and news.