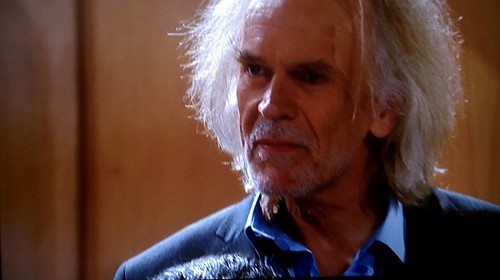 General Hospital spoilers teased that the month of November would be packed full of insane episodes of the ABC soap, and that was an understatement. Rumor has it the week of November 17-21 will be another must-see week for General Hospital fans, and despite all of the craziness that has been going down in Port Charles, there is still plenty more to come.

Monday November 17: General Hospital spoilers tease that on Monday’s episode of the ABC soap, Jason Morgan AKA Jake gets settled in to his new home with Liz Webber and her sons. Meanwhile, across town Doctor Patrick Drake learns whether or not he will be allowed to be a doctor again at General Hospital. Rumor has it that on Monday’s episode Michael pays Sonny Corinthos a visit in the PC jail and has an interesting request for his father’s killer.

Tuesday November 18: Since drunk Larry Ashton was literally mailed to Tracy’s house, it has been unclear what exactly his involvement is with the Fake Luke mystery. General Hospital spoilers tease that on Tuesday’s episode of the soap, Patrick and Sam put their detective hats on again when they overhear Larry having a mysterious conversation.

Wednesday November 19: General Hospital spoilers tease that on Wednesday’s episode of the ABC soap, Sonny Corinthos cuts a deal. We’re not sure who exactly he is “cutting a deal with” though. Some rumors have been floating around the internet that Sonny rats Ava out and reveals she killed Connie so he gets a lighter sentence. Meanwhile, on November 19th Ava pleads her cast to Silas and begs him to help her get her daughter back from his crazy wife Nina Clay.

Thursday November 20: According to GH spoilers, on November 20th Anna Devane finally comes clean about where Cesar Faison is and whether or not he is dead. Across town, Cesar’s daughter Britt Westbourne decides to come clean as well and makes a shocking confession to Nikolas Cassadine. And, in other GH news – on Thursday’s episode of GH Franco and Nina are still on the run with Ava’s baby, and they share a close moment.

Friday November 21: The Fake Luke storyline makes some major progress on November 21st. According to General Hospital spoilers, on Friday’s episode of the ABC soap – Julian finally comes clean to Alexis, really clean, not semi-clean like he has in the past. Meanwhile, Sam and Patrick are making some progress of their own, and learn some interesting information regarding Larry Ashton.

So General Hospital fans, how long until you think “Jake” realizes that he is Jason Morgan? Do you like the idea of him living with Liz, or do you want to see him back with his wife Sam? What do you think Larry Ashton is up to? Is Cesar Faison alive or dead – is Anna in serious trouble? Let us know what you think in the comments below and don’t forget to check CDL tomorrow for more General Hospital spoilers and news.