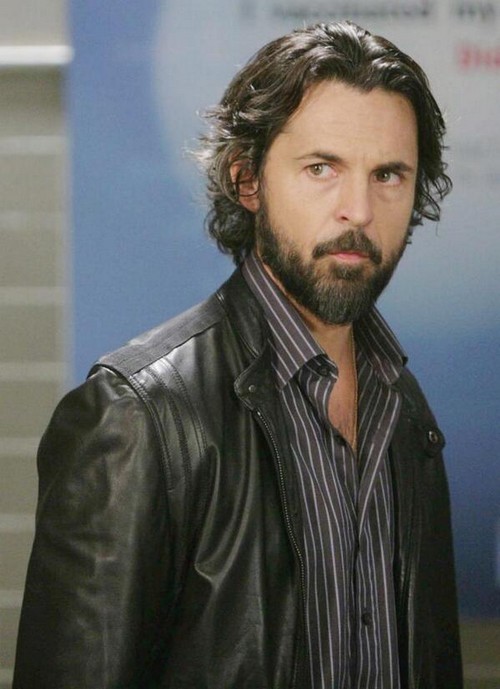 General Hospital fans are still in shock after all of the crazy events that have taken place over the course of the last few weeks. In the week of April 21st-25th the residents of Port Charles will be feeling the fall out of some of those events, especially Sonny Corinthos.

As the week goes on Sonny will continue to be haunted by AJ’s ghost and his guilty conscious. It doesn’t help that everyone in town is preparing for AJ’s funeral. Ava becomes paranoid that Sonny is going to confess and pleads with him not to do anything drastic. Little does Ava know, amateur detective Franco has been doing some sleuthing of his own. Next week Franco will befriend Carlos and get him to open up about the shooting. By the end of next week Franco and Carly will know the truth about Ava, and they decide to fill Port Charles police officer Anna in on what they know. Ava may not get out of this unscathed after all.

Ava and Sonny aren’t the only General Hospital characters that find themselves in trouble next week. Nikolas’s son Spencer has taken matters into his own hands. He knows Luke is up to no good and decides to call him out on it. Next week GH fans will find out just how evil the new Luke is, will he go as far as to harm Spencer? Spencer isn’t the only one in Port Charles that has their eye on Luke though. Ned will continue to pressure his Mom Tracy into reconsidering marrying Luke, he knows she is making a huge mistake.

Also next week on General Hospital, Patrick and Sabrina’s baby will be at risk when she has a complication with her pregnancy. And, Morgan feels betrayed when he realizes Ava isn’t the person that he thought she was.

Do you think that Franco and Carly will finally be able to prove that Ava was involved in Connie and AJ’s death? Do you think that Carlos tells Franco everything, or is he still being loyal to Ava – after all she did threaten Sabrina’s baby? Could Sabrina’s pregnancy complication somehow be related to Carlos ratting Ava out? We hear that there will be a car accident leading to danger for Sabrina and her unborn child – and guess who is responsible for the ‘accident?’ Yep, you guessed it, Ava! We have seen that Ms. Ava is one tough and ruthless customer – nobody is safe when Ava is crossed or feels threatened.

Do you think Luke will harm Spencer? Later today, April 20, we will be running a huge feature post on Luke and his imposter – we will analyze who this fake Luke – call him ‘Fluke’ – really is. You can share your thoughts and theories in the comment section below and don’t forget to check CDL tomorrow for more General Hospital spoilers.