General Hospital Spoilers: Is A Luke Spencer Imposter Julian Jerome’s Bankroller – Could It Be Bill Eckert, Jerry Jacks or Faison? 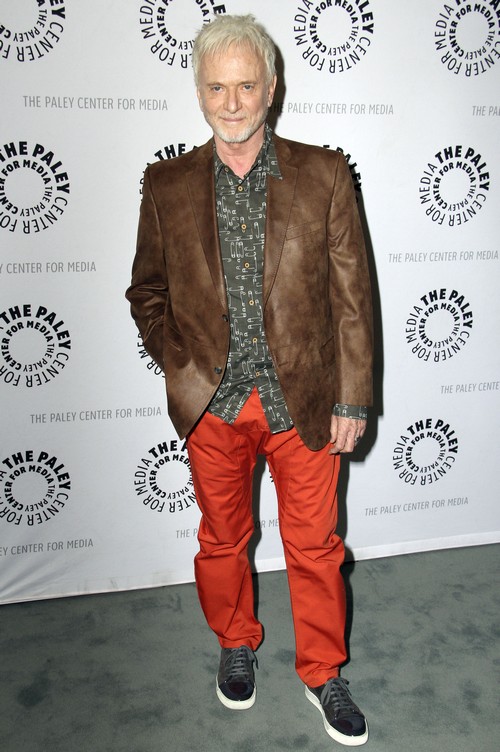 Last week on General Hospital it was revealed that Luke Spencer is the secret financier that has been bankrolling Julian Jerome’s company, and funneling him money to take down Sonny Corinthos. So, either Luke Spencer has played GH fans like a fiddle for years and we really know nothing about him, or there is a Luke Spencer imposter running around Port Charles.

Luke Spencer was recently kidnapped and held captive inside Miscavage, heavily drugged for several days. And, when Luke was finally rescued he was…not himself. At first fans assumed the drugs the orderlies were pumping into Luke may have done some permanent damage, he began acting erratic and downright creepy, and he began sexually harassing women and even groped Kiki!

On Friday it became clear that the reason Luke is acting so suspicious and out of character is because he isn’t Luke at all. When Luke said this to Julian Jerome it become obvious that he wasn’t Luke Spencer, “Lets make something perfectly clear, you work for me. I give you the money you do what I want. I am not going to let you screw up me taking Corinthos down once and for all.” Luke was friends with Sonny, he wouldn’t be paying Julian to take Sonny down, and Luke Spencer is broke, there is no way he could afford to fund an entire mob organization.

The Luke Spencer that is working with Julian now and groping the women of Port Charles, is not the same Luke Spencer that was kidnapped and stowed away in Miscavage. Actually, the real Luke Spencer is probably still hidden away at Miscavage, in a strait-jacket, being pumped full of sedatives so that he can’t escape, while an imposter runs around Port Charles pretending to be him and wreaking havoc.

A comment from Soap Opera Spy casts serious doubt on the possibility that it is the real Luke we are seeing now as Julian’s bankroller:

So Luke has been working with Julian for over a year? This cannot be Luke nor can it be something that happened at Miscavage. Luke imposter also wants control of ELQ says to Julian, “I needed a legitimate company like ELQ, which is why I had to propose to Tracy.” #GH #WhoIsLuke #WTH #IAMStumped

So, who is the Luke Spencer imposter that is bankrolling Julian Jerome? Well, popular opinion among the General Hospital fans is that it is Luke’s cousin and doppelganger Bill Eckert. Bill, who was also played by Anthony Geary, was a resident of Port Charles from 1991-1993. Bill married Julia Barrett and was co-owner of Barrett Industries, yes of the same Barrett Family that Sonny thought was funding Julian Jerome in the beginning (until he made a phone call and learned they are no longer in control of that off-shore account). Bill Eckert was murdered in 1993, but we all know that no one stays dead on soap operas, so it is very possible that Bill Eckert is posing as Luke Spencer.

Of course Faison can’t be ruled out either – he has made masterful used of disguises and masks before.  In any case we will find out but the suspense is killing us. Furthermore, what does this imply about the real Luke’s safety and well-being?

So, General Hospital fans, do you think Bill Eckert could be back in Port Charles and posing as Luke Spencer so that he can get close to Sonny Corinthos and “take him down”? Could it be Faison or even Jerry Jacks? If Bill is posing as Luke, then where is the real Luke Spencer? Share your thoughts and theories in the comment section below, and don’t forget to check CDL tomorrow for more General Hospital spoilers.