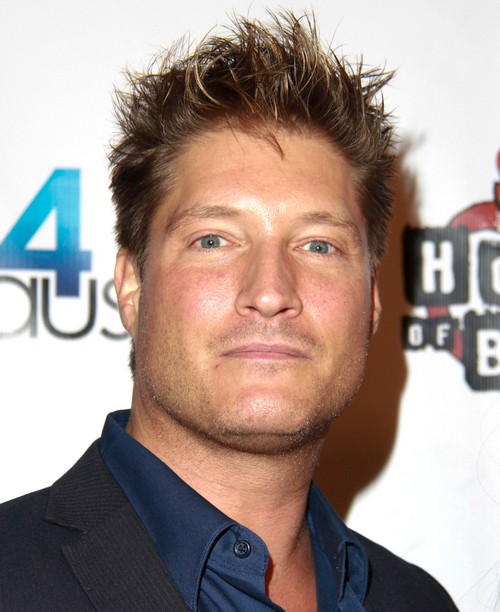 General Hospital fans have watched AJ Quartermaine fight for his life over the last few weeks after a nearly fatal gunshot wound, and it looks like he is about to lose that battle. Then again, it doesn’t help his chances of survival any when people are sneaking into his hospital room, and trying to finish him off. According to TV Guide, Sean Kanan, the character that plays the role of AJ Quartermaine will be exiting the show on March 28th. Translation: Rest in Peace AJ Quartermaine.

According to TV Guide, Kanan’s exit was pretty mutual. The GH writers knew he wasn’t in for the long haul, and agreed to write the character back out of the General Hospital storyline if he wasn’t happy with his role. Turns out, Kanan was not happy with playing the part of a drunken maybe murderer that talks to ghosts and puts his hands on women. Kanan told TV Guide, “I was thrilled to be brought back to GH for the 50th anniversary and really enjoyed working with Frank Valentini, but I was not over the moon about the writing. Doing stories about panic attacks and relish was not what I thought I’d signed up for. I feel I brought everything I could to the character yet it was obvious they weren’t going to give me a great love story, which I found very disappointing.” On the up side, if you are an Ava or Sonny fan, it looks like they won’t be hauled off to prison any time soon. If AJ dies, he won’t be able to rat them out for killing Connie and him.

If you are a Jeff Kanan fan, then don’t fret, the actor is reportedly returning to CBS’s daytime soap opera Bold and the Beautiful, and you can watch him there. Kanan is scheduled to return to B&B on June 13th as his previous character Deacon Sharpe. Considering Katie stole Ridge, Brooke Logan is now single and ready to mingle. So, it’s a perfect time for her old love interest Deacon Sharpe to come strolling back into her life.

Are you shocked to hear that Sean Kanan is leaving General Hospital already? Which role do you think he plays better, AJ Quartermain or Deacon Sharpe? Let us know in the comment section below.