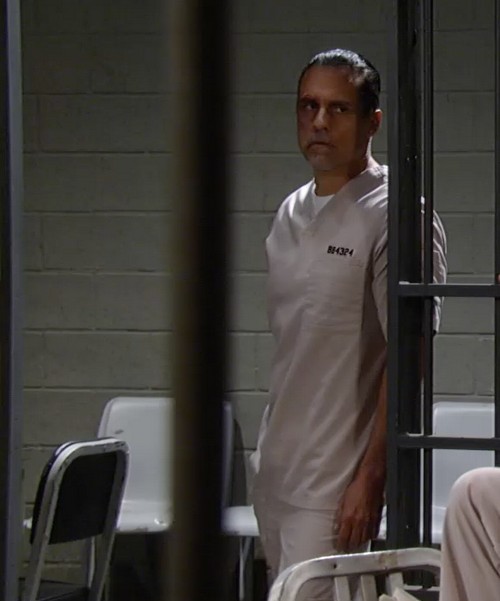 General Hospital spoilers tease another week of crazy action and drama during the week of December 15-19. GH rumors have been running rampant that it would only be a matter of time before Sonny Corinthos wormed his way out of Pentonville. According to General Hospital spoilers for the week of December 15, Sonny and Julian Jerome are both offered mob deals. But will Sonny actually become a snitch, and what deal could he possibly score that would get him off the hook for murder?

General Hospital spoilers teased that, on December 12, Ava Jerome would finally get her kidnapped daughter back from Franco and Nina. However, as soon as the child was out of harm’s way, Dante promptly arrested the mobstress for Connie’s murder. According to GH spoilers, Ava decides to have a DNA test done on her daughter from behind bars, so that she can finally learn whether her baby-daddy is Sonny or Morgan.

In other General Hospital news, Sam Morgan is convinced that Jake was the masked gunman that took her hostage and helped Cesar Faison escape. Spoilers tease that during the week of December 15 Sam continues her investigation and finds more evidence that Liz’s new roomie Jake is harboring a dark secret. Meanwhile, across town, Franco and Nina have to face the music and are officially charged with kidnapping. GH spoilers also tease that the mob war over Port Charles will continue to heat up, and Julian will make a shocking discovery while Sonny gives Shawn a new mission.

So, GH fans, do you think that the PCPD will really cut a deal with Sonny and set him free? Are Franco, Nina, and Ava all headed to prison? Who do you think is the father of Ava’s baby? Will Sam Morgan finally realize that Jake is actually her not-so-dead hubby Jason Morgan? Let us know what you think in the comments below and don’t forget to check CDL tomorrow for more General Hospital spoilers polls, and news.