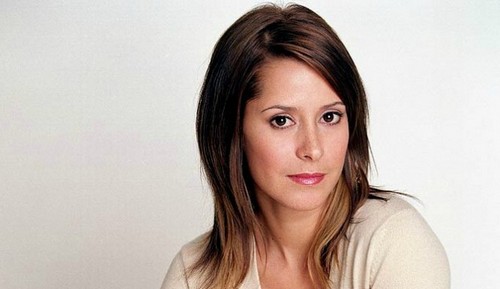 General Hospital spoilers tease that the month of December will be a crazy one on the ABC soap – and if the GH rumors that are floating around the internet have any truth for them, then “crazy” is an understatement. We always like to keep our eyes peeled for exciting General Hospital rumors, because more often than not the rumors turn out to have some truth to them – and turn into spoilers. Here are some of our favorite General Hospital rumors that are currently floating around the internet, now remember as of right now these are just rumors, and may or may not be true.

Morgan’s New Family: Kiki, Morgan, Silas, and Ava Jerome are currently searching for Ava’s baby and closing in on Franco and Nina. General Hospital rumors tease that once they find the baby, she will be taken to GH for a check-up and a DNA test will be done revealing that she is Morgan’s daughter. Seeing as how Ava is on the run for murder, the PCPD will hand the baby over to Morgan Corinthos – and Kiki will go home with him and help him raise her little sister. Rumor has it that while they are bonding over the baby, Kiki and Morgan wind up reconciling and getting back together.

Bradford Anderson Returns: Although no one from General Hospital has confirmed, or denied this – rumor has it that Bradford Anderson was on set filming scenes during the month of November and they will air during the month of December when Maxie goes to court to try and win visitation rights to her daughter Georgie. According to General Hospital rumors, Bradford’s character, Spinelli, and Georgie will both be in Port Charles for the holidays.

Robin Scorpio-Drake Returns – With A Surprise: It’s been months since Helena Cassadine ushered Robin out of Port Charles and reportedly off to Paris. But rumor has it that Robin will be returning to Port Charles for the holidays and she will bring a shocking surprise along with her, a baby bump! Remember Lulu’s embryo? Well, rumor has it that Helena Cassadine stored it inside Robin for safe keeping and now Robin is pregnant with Lulu’s baby.

Dr. Sarah Webber: Has anyone noticed that not too much happens at General Hospital on General Hospital? Well, rumor has it the soap opera’s writers want to get “back to basics” and have more storylines surrounding the actual hospital – so they have decided to bring in an old doctor to stir up some drama at GH. Rumor has it that Liz’s older sister, Sarah Webber, who happens to be a doctor, is returning to the ABC soap and the two sisters will clash both at work, and at home – fighting over the men in their life just like they used to back in 2002.

Crazy Nina Clay: At this point the characters of Nina and Franco are pretty much backed in to a corner, what can the writers really do with them to redeem them or explain why they aren’t in prison for kidnapping? Well, according to General Hospital rumors, Nina isn’t going to be arrested or charged for any of the crimes she has committed since she returned home. But rumor has it she will be headed to Miscavige for some “Girl Interrupted” scenes and then will return to Port Charles heavily medicated and ready to turn over a new leaf.

So GH fans, do you think any or all of those rumors will wind up being true? Do you think if Spinelli returns this month he will actually stick around, or will it just be a guest appearance like before? Did you watch GH when Sarah Webber was on it, do you think she’ll be a good addition to the current cast? Do you like the idea of Kiki and Morgan getting back together, or does she belong with Michael? Let us know what you think in the comments below and don’t forget to check CDL tomorrow for more General Hospital spoilers and news.