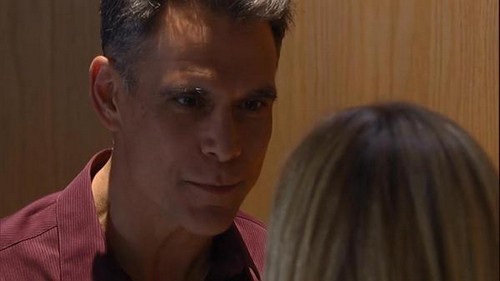 General Hospital spoilers reveal some shocking plot twists coming up on the ABC soap opera, and they result in a shocking death, or two. According to GH spoilers, all hell breaks loose at Crichton Clark, and multiple storylines come to a head at the mysterious medical clinic. Dante, Lulu, Nathan, and Maxie are currently being held hostage at the clinic by Victor Cassadine and Stavros Cassadine. Levi, AKA Peter Harrell Jr., is also creeping around the clinic. And, there is a possibility that Helena Cassadine and Jason Morgan are in the building as well, along with Robin Scorpio-Drake.

General Hospital spoilers tease that several more characters are headed to the party at Crichton-Clark, and some of them aren’t going to leave alive. The September 29th edition of ABC Soaps In Depth reveals, “This week on General Hospital, villains rise, heroes fall, chaos reigns, and bodies stack up!” Stavros Cassadine is determined to impregnate Lulu with the egg he fertilized, and according to General Hospital spoilers if Lulu doesn’t oblige, Dante will wind up with a bullet in his head. So, there is a good chance that one of the bodies piling up is that of Dante. Or, perhaps Dante manages to overpower Stavros and take him down, and Stavros leaves GH as quickly as he arrivesd

Dr. Obrecht is convinced that Anna put her son Nathan West in danger and risked his life, maybe Liesl knows Victor and his scheme much better than anyone realized, and Victor really is trying to kill Nathan (regardless of whether he is his flesh and blood). ABC Soaps In Depth spoilers also tease that Robin Scorpio Drake will be at Crichton Clark trying to save one of her patients, if that patient is Jason Morgan and by “save” they mean help escape, then Robin Scorpio Drake is in serious danger and she could also be one of the people who don’t make it out of Crichton Clark alive.

What do you think GH fans? Who do you think will be killed at Crichton Clark? Will it be a villain or one of the heroes trying to stop the villains? Would you be upset to see Stavros or Helena Cassadine killed off before they have barely finished arriving? Share your predictions in the comments below and don’t forget to check CDL tomorrow for more General Hospital spoilers.

Update: on Friday, September 12, all hell broke loose on GH at Crichton Clark. The first potential fatality occurred when Nathan got loose and battled with William who looks like he might have died in the ensuing altercation.  Nathan had his gun trained on Victor and was stopped in his tracks when the evil Cassadine told him “you won’t kill your father, will you?” Things got even worse for poor Lulu and Dante when wacky Stavros had her injected her with the hormones required to prepare her for the fertilized embryo. Looks like the next few days of General Hospital are simply must see viewing!