Was Grace Kelly’s Marriage To Prince Rainier Was A Sham To Bring Money To Monaco? 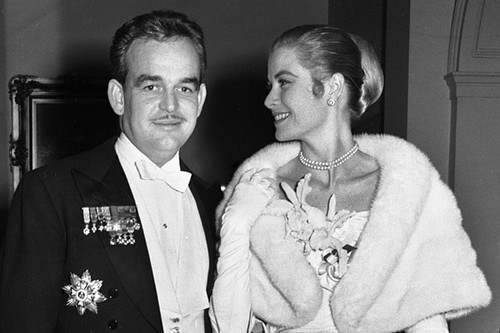 Grace Kelly may have had a picture-perfect marriage to Prince Rainier, but an excerpt from movie producer Robert Evans‘ new book reveals that the marriage was just a sham. Evans explains in his book The Fat Lady Sang that Aristotle Onassis manipulated the whole romance to suit his best interests, which was to bring gambling tourism into an ‘impoverished’ Monaco at the time.

Apparently, Onassis was partners with the people operating the Casino de Monte Carlo, but they were bankrupt. But since Onassis was on such good terms with Prince Rainier, he reportedly told him to marry a rich and famous Hollywood actress and use that as leverage to bring in tourism. Everyone wanted to hang out with movie stars, even back then. And if Prince Rainier could guarantee that anyone attending the Casinos would be rubbing shoulders with Grace Kelly and her ilk, then who could turn that down? Thus, a new Monaco was born.

According to the excerpt from the book, the exact quote that Onassis used to inspire Rainier was, “Get off your royal ass and find yourself a bride. The right bride could do for Monaco’s tourism what the coronation of Queen Elizabeth did for Great Britain.” Charming.

But because royal tradition was still backwards in those days, Rainier’s wife had to be a virgin. And what virgin would they find in Hollywood, the breeding ground for promiscuity and sex scandals? However, Grace Kelly reportedly had enough qualities that Rainier was looking for that he was able to look past the whole no-virgin thing. Evans writes, “Confessing she was no virgin, she was Catholic, fertile, rich – and ‘a big ******’ movie star! Four out of five was good enough to close the royal deal.”

Prince Rainier and Grace Kelly got married on April 12, 1956 to a lot of fanfare and publicity – which was then turned into promotion for Monaco’s place as a prime tourist destination for wealthy gamblers. And to this day, it’s still known as that. So good job, Mr. Onassis – it looks like your plan succeeded. Unfortunately, Evans’ book continues to tarnish Grace Kelly’s reputation, even more so than that horrendous movie with Nicole Kidman did.