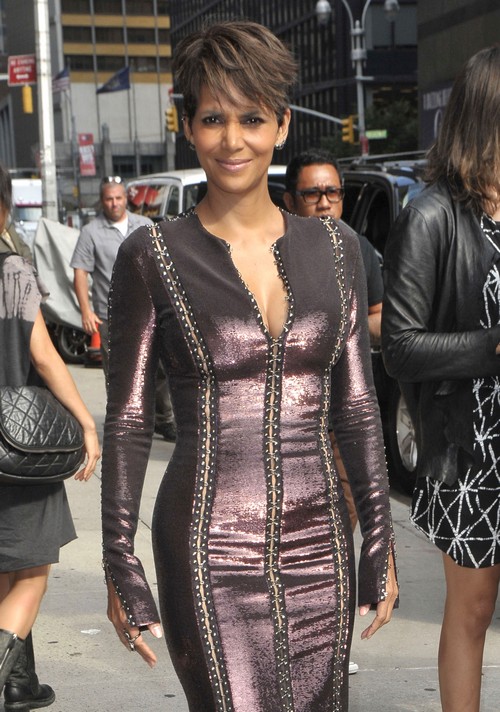 Halle Berry just scored a minor victory against her ex-boyfriend Gabriel Aubry in a situation that barely makes any sense whatsoever. Apparently, Halle has taken issue with the fact that her ex-boyfriend has straightened their daughter’s hair. Yes, Nahla Aubry’s hair is gorgeous and curly, but he straightened it and it got under Halle’s skin.

It doesn’t really make sense to us that Halle was so miffed over his straightening of her hair. Firstly, despite her curly hair, Nahla is obviously half-white. Not only that, but Halle Berry is also half-white. So, why she’s hating on the Caucasian folks is beyond us.

Basically, Halle likes her men to be white, but she doesn’t want her African American heritage erased from her daughter via hair straightening? Maybe it’s just me, but this is something that I totally do not understand at all.

Does Halle hate her baby’s father so much that she can’t stand anything that he decides to do? Granted, Gabriel did lighten her hair with highlights, but she’s his daughter and he should be able to do whatever he wants with her as long as it doesn’t harm her in any way. Halle was super angry at Gabriel, thinking that he wanted to turn their daughter white. She is three-fourths white as it is, so we’re just not getting what the fuss is all about here.

Halle’s Berry’s lawyer went to court in her place on Monday morning to argue that Gabriel Aubry is turning their daughter Nahla into a little white girl. After going back and forth with Gabriel, the judge ordered both parents to leave Nahla’s hair in its natural state.

Halle Berry has been known for wearing straight-haired wigs and keeping her half-white side active, but when Gabriel Aubrey tries to do something with their daughter Nahla, she has an epic hissy fit. It doesn’t make sense that this matter was even brought to the court’s attention – it just seems like something that should’ve been resolved among the parents.