Hayden Panettiere and Wladimir Klitschko Delay Wedding Due To Unrest In The Ukraine! 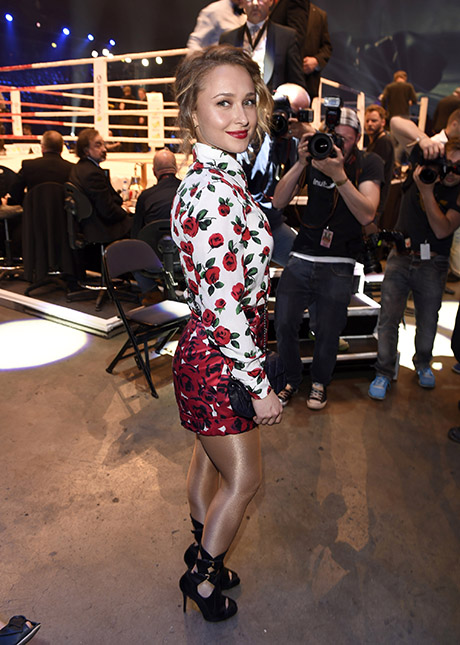 Hayden Panettiere and Wladimir Klitschko‘s wedding will have to be postponed due to the unrest in the Ukraine. The Nashville star said in a recent interview with Parade Magazine that her wedding will indeed be postponed until things clear up in her fiance’s country, where they were scheduled to conduct their ceremonies so his family could be part of their special day.

“Everything that’s happening in Ukraine definitely put a hold on things, but we have time,” she said during the interview. She’s also been quite vocal on her Twitter account regarding the events occurring in the Ukraine.

However, just because the couple won’t be having their wedding next week, that doesn’t mean Hayden’s shying away from looking at dresses and reminiscing about her love: “When eyes have been on me in the past, it’s been because of an event, where people see me as a persona, as Hayden Panettiere the actress. For the aisle, you’re the purest, most emotionally stripped down version of yourself, sharing this raw moment with the most important people in your life. It seems very overwhelming!”

What do you think about this future Hollywood couple?