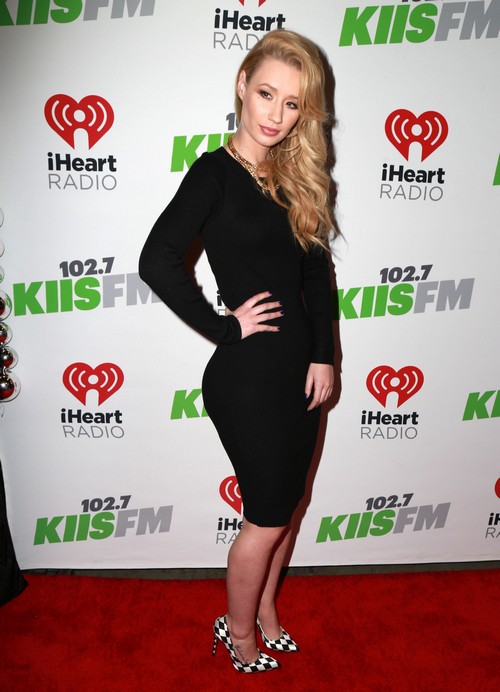 Iggy Azalea got plastic surgery and a boob job before The American Music Awards to compete with Jennifer Lopez according to Star Magazine. Iggy Azalea and her notorious butt took the stage last month at the 2014 American Music Awards to perform her hit song “Booty” along side Jennifer Lopez. J-Lo is considered a sex icon, and her butt-shaking dancing, regardless of her age, on the “Booty” music video had the entire music industry buzzing. In fact, there was so much buzzing that Iggy began to feel insecure about being up on stage next to Jennifer Lopez for the awards show last month, so she made a quick trip to a plastic surgeon beforehand.

According to the December 15th edition of Star Magazine, “Iggy has always wanted bigger boobs, and there is something about J-Lo that makes you second guess your body.” Star’s inside source reveals that Iggy paid the plastic surgeon to the stars, Dr. Ashkan Ghavami a visit and had a “Flash Recovery” breast augmentation, which required zero down-time. And Ghavami didn’t just give her a breast boost, he reportedly injected her with cheek and lip fillers as well!

What celebrity hasn’t had any work done now-a-days? The shocking part isn’t that Iggy got work done, it’s that she was fully recovered by the time she took the stage at the AMA’s after just a few days. Now, perhaps Iggy’s die-hard fans will stop insisting that her infamous butt is real. If she is willing to go under the knife and get her breasts, cheeks, and lips worked on – why would we believe that her butt isn’t fake too? Do you honestly think Iggy Azalea’s famous rump is real? Can you see the difference in Iggy’s face after her cheek and lip injections? Let us know in the comments below!