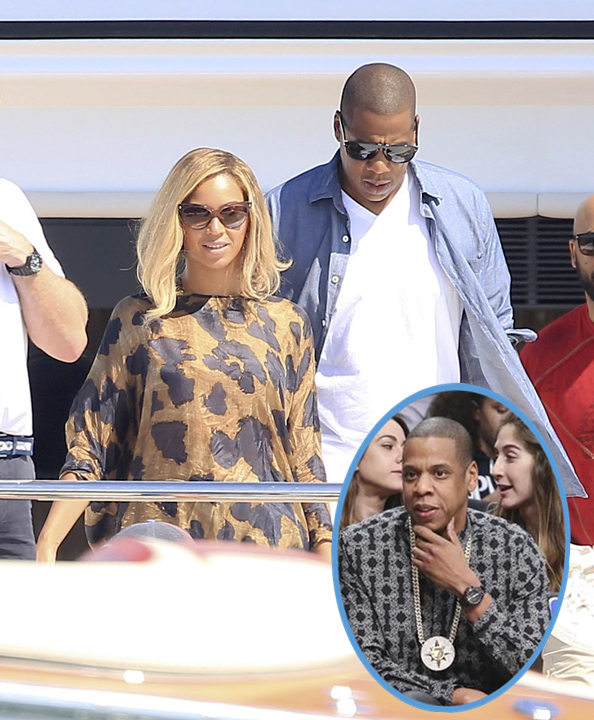 Jay-Z has been raising a lot of eyebrows with the medallion, or the ‘bling,’ he’s been sporting lately. According to the report, this bling belongs to the radical Five Percent National group, a group that believes ‘white men are the devil‘, ‘the Christian god is a ghost’, black people are the ‘mothers and fathers of civilization’, and ‘only a small percentage of people understand the world’.

Jay-Z was sporting some Five Percent jewelry at last week’s Barclays Center NBA game, as he sat courtside along with his wife, Beyonce. When asked about the symbolic nature of his bling and whether it had any meaning for him, Jay-Z replied, “A little bit.”

An author of two books on the group, Michael Muhammad Knight, explained the group’s beliefs in detail, saying, “The rationale is that the black man is God and created the universe, and is physically stronger and intellectually stronger and more righteous naturally. Whiteness is weak and wicked and inferior — basically just an errant child who needs to be corrected. The first lesson I learned from the Five Percent was simple: F–k white people. Seriously. White people are devils.”

The NY Post’s report also touches upon the inspiration behind some of Five Percent’s beliefs, explaining that although the group members don’t consider themselves Muslim, their name originates from one of Islam’s beliefs: that only 5% of humanity is considered ‘poor righteous teachers’ who are there only to ‘enlighten the masses about the truth of existence’.

Some members of the group also refer to themselves as ‘scientists’, and touch upon their goal to free most of humanity from oppression. As they explain it, 10% of the world controls the other 85% of the world by spreading their beliefs about the ‘mystery god’. The other 5% is their group, and they seemingly seek to get rid of those beliefs.

However, Jay-Z doesn’t seem to be an active member of the group, according to a rep for the group. Saladin Allah told the Post, “Jay Z is not an active member — no one has vouched for him. It was always understood that you don’t wear the ­regalia if you don’t totally subscribe to the life.”

So while he may have worn jewelry from the group, as he himself said, he only knows a ‘bit’ about them.  Which makes us ask why is Jay-Z making a public statement by wearing a symbol of racist group to an NBA game?