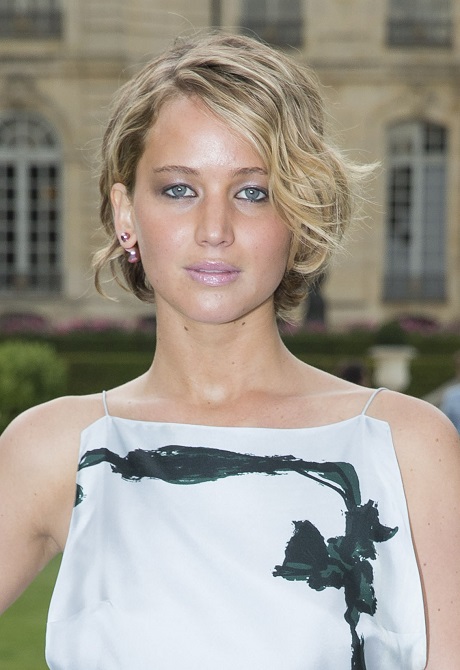 There are some pictures circulating around the internet at the moment that claim to feature a nude Jennifer Lawrence, one of Hollywood’s biggest players at the moment. No one expected Hollywood’s It Girl Jennifer Lawrence to have any nudies hidden away in the secret parts of her phone, but a hacker says he *allegedly* has over 60 pictures of the award winning actress. Despite being classy and clean cut, Jennifer appears to have a dirty side as well.

The pictures first appeared on 4chan due to an iCloud leak that resulted celebrities’ phones being hacked, and then they were posted to earn Bitcoins. Lawrence has yet to respond to the situation or issue any statement commenting upon these leaked photos. Though the pictures look exactly like her, it could be Photoshop magic/illustion or just a look alike. The hacker also released some selfies of The Hunger Games star in her swimsuit.

Other alleged nudes that have been talked about in the cyber-sphere include those belonging to Ariana Grande, Kirsten Dunst, Hope Solo, Teresa Palmer, Krysten Ritter, and Victoria Justice. This is the second time Nickelodeon star Victoria Justice has had nudes leaked. In April 2013, she tweeted, “Hacking & stealing is NOT COOL. #RespectPeoplesPersonalProperty #Karma.”

Other stars who have been in this situation include Demi Lovato, Vanessa Hudgens, Kim Kardashian, Amber Rose, and many more. What a great way  for Jennifer Lawrence to kick off the month of September!

What do you think about all this? Are the photos real or fake? You be the judge!