Jennifer Lawrence Sex Tape Scheduled For Release Next, According To 4Chan Hacker 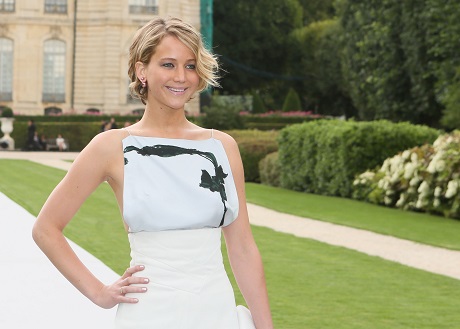 Jennifer Lawrence has already been subjected to the entire Internet gawking at her nude photos today, but that might not even be the end of this nightmare for her. According to reports, the 4Chan hacker allegedly responsible for the leaked photos has been threatening to leak a nude video showing J.Law engaging in a sex act.

The hacker reportedly wrote, “I know no one will believe me, but i have a short lawrence video. Is way too short, a little over 2 minutes and you only get to see her boobs. Anyways, if somebody wants it let me know how i can upload it anonymously (i dont want the FBI over me, and you dont wanna know how I got this video).”

The hacker reportedly wants to be paid via Paypal or Bitcoin for uploading the video, but it’s hard to see how he’d pull that off without attracting the FBI’s attention. They’ve already focused their investigation on several suspects, even though most of those suspects are denying that they had anything to do with the hack. There were also leaked screenshots uploaded to 4Chan purporting to be from this supposed nude video, but other users quickly claimed they were fakes.

At this point, it’s unlikely that the video does get released, especially with how vigorously Jennifer’s lawyers are going after the hackers and anyone who re-posts the nude images. If this dude does upload this sex video, then I give him approximately 5 seconds before the FBI breaks down his door and he spends the next twenty years in prison.

In other words, #nudegate2014 is officially on its way to ending, bringing relief and tears to many of Hollywood’s publicists.