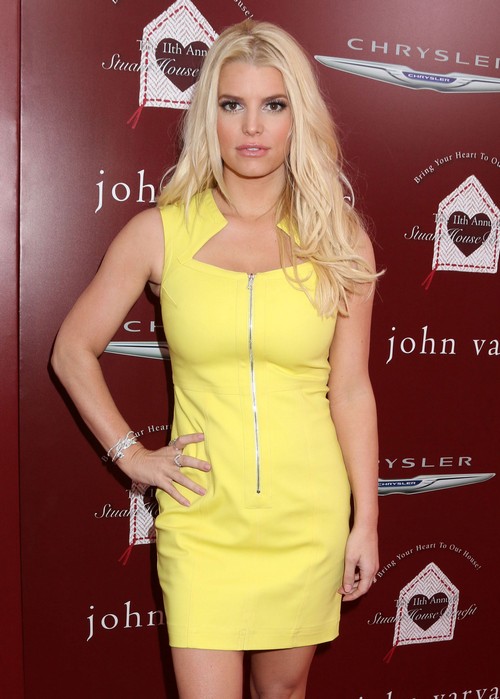 Looks like Jessica Simpson is once again about to find herself in the spotlight, and not for the right reasons. According to reports, Jessica’s mother Tina Simpson has been busy writing a tell-all book about her daughter’s rise to fame, which will apparently include ‘juicy details‘ on Tina’s ex-husband and Jessica’s father, Joe Simpson.
Apparently, Jessica is trying to convince her mother to remove all the chapters about Joe in the book, but Tina is refusing, still embarrassed that she was married to someone who cheated on her for so many years. Sources explain to Star Magazine, “According to a friend, Tina is still angry about the divorce, especially now that Joe is gallivanting around with young men. Plus, Tina finds it therapeutic to write about her marriage. She needs closure, and this book seems to be helping her achieve it.”
This is very easy to believe, not least because of the way Joe’s been conducting himself in public lately. Obviously, Tina would want the world to know her side of the story, especially why she stayed with Joe for so long when she obviously knew he was cheating on her – and with men, no less. I doubt Tina cares that Joe’s gay [at least, not anymore], but it’s not hard to believe that she’s still furious about the cheating. After all, cheating is cheating, regardless of whether you have affairs with men or women.
Anyway, Star’s report alleges that even though Jessica’s trying hard to repair the rift between her parents, it will be too hard to fix once the book goes public. So poor Jessica is trying to get her mother to drop the section on Joe, but it doesn’t look like Tina will acquiesce to her daughter. Why would she, when she stands to gain so much from the gossip and drama caused by her tell-all?
Photo Credit: FameFlynet