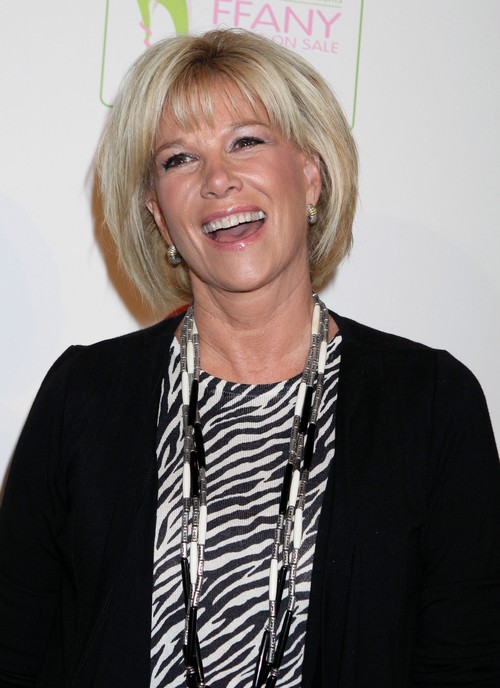 In June it was revealed that former Good Morning America host and TV icon Joan Lunden had been diagnosed with a rare and severe form of breast cancer. Lunden announced she had stage 2 triple negative breast cancer, which is notorious for not responding to treatment. A lot of doctors and women consider Joan’s form of breast cancer a death sentence. But, Joan decided to fight it, and is currently battling for her life.

According to the October 13th edition of GLOBE Magazine, “Even after 12 weeks of grueling chemotherapy and surgery to remove two tumors, her battle rages on. The treatment she [Lunden] chose used a very toxic chemotherapy to shrink the tumor by 95%, and then she underwent surgery on September 23rd to remove them. But the 64 year old mother of seven still faces radiation to totally eradicate the cancer.” Joan Lunden has remained positive throughout the horrific experience, and according to the doctors that GLOBE interviewed, she has improved her survival chances to 85% by acting quickly and agreeing to the aggressive chemotherapy regimen. And, if she continues eating healthy, engaging in proper lifestyle changes and taking her supplements, her survival chances could rise all the way up to 99%.

According to GLOBE, Joan has decided to make the most of her situation, and even posed bald for a magazine cover she was featured on recently. She gushes to GLOBE that she “got the opportunity to turn something bad in to something good,” and she thinks that is amazing.

Did you know that Joan Lunder was battling breast cancer? What do you think of the aggressive treatment she has had to undergo? Let us know what you think in the comments below!