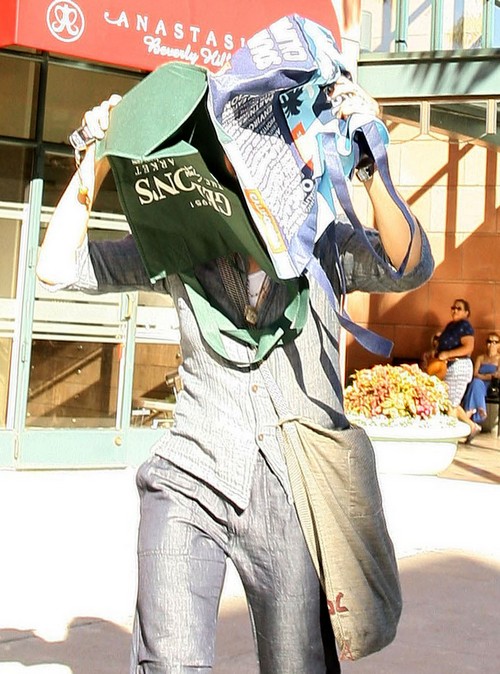 Jodie Foster is coming up on 52 years old, but she’s yet to show any major signs of aging. She still looks like she’s in her forties, and some people are now attributing that to plastic surgery. Plus, Jodie was spotted leaving a medical building in Beverly Hills on July 2nd, and guess what she was doing? She was hiding her face.

Why hide if there’s nothing she wants to keep secret? Most people don’t care if they get papped leaving a doctor’s office – at least, not the extent that they’ll hide their face from the photographers. You’d think they would know better, since covering your face is a surefire way of getting more attention from paparazzi. Obviously, the paps are just going to work that much harder to take pictures of you if you try to hide your face from them. They’ll want to know what you’re hiding, and trust me, they’ve all seen enough celebrities leaving plastic surgeons offices with swollen faces to know it when they see it.

Jodie’s not stupid, and she’d much rather have people speculating on the reasons for covering up her face instead of knowing that she’s gotten plastic surgery. For people like Jodie Foster [and other members of the A-list echelon], plastic surgery is just something they do to keep the aging at bay. Obviously, most of them don’t go overboard like Nicole Kidman. But trust me, most stars get regular touch-ups with their plastic surgeon, even if it’s just some small botox or injections. Even then, that stuff takes a while to go away, and no doubt Jodie knows that.

What plastic surgery procedure do you think Jody got? Let us know your thoughts in the comments below.

Why is Jodie Foster hiding her face as she leaves the doctor?