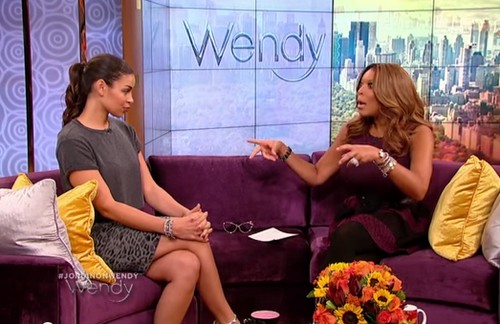 Jordin Sparks was recently a guest on the Wendy Williams show in her post  Jason Derulo breakup tour, and she discussed her newly single status and Jason’s cheating. Jordin also sort-of not-really commented on the cheating allegations concerning the end of her marriage, but we’ll get to that.

First things first, let’s just quickly summarize the end of Jordin’s marriage to Jason. Almost every single report on the subject seems to be in agreement over the reason behind Jordin Sparks getting ‘divorced’ from Jason Derulo, and that’s supposedly because Jason cheated on Jordin. Now, Jason tried denying the rumors, instead blaming it on relationship pressure. Um, what pressure? It’s not like he and Jordin were some A-list stars that were always in the limelight. If anything, he’s getting more attention now for the breakup than he’s been getting in the past few years.

That brings me to my second point, which is that some sources are claiming that Jason orchestrated the breakup to time with his new album release. While that’s very possible, it still comes down to why Jordin wanted the breakup – and to that, we can only imagine that Jason did have affairs. She pretty much indirectly confirms that on the Wendy Williams show, when she refuses to deny the cheating allegations. When Wendy straight up asked her about the cheating, Jordin replied, “I actually don’t wanna comment on that.”

In other words, Jason Derulo cheated on Jordin Sparks but for whatever reason, she’s not telling the whole world about it. Maybe she thinks that her silence would speak louder than her words, or maybe he’s offered her monetary incentive to keep quiet.