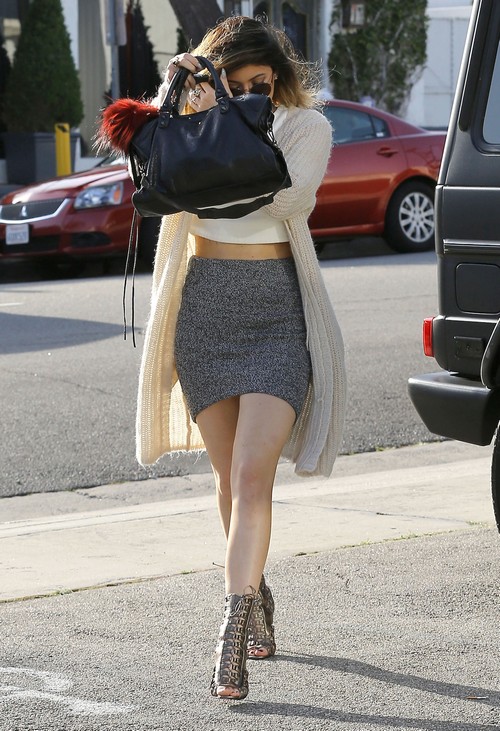 Like we couldn’t spot this coming from a mile away. Justin Bieber and Kylie Jenner are hooking up, leaving an angry and heartbroken Selena Gomez in their wake. In fact, if rumors are to be believed, Kylie was actually trying [and maybe succeeding] to hook up with Justin while he was still with Selena. That may have actually been what led to Selena’s drastic unfollowing of the Jenner sisters and Justin on Instagram following the Coachella music festival.

Sources claim that Kylie was sending Justin sexy tweets and pictures of herself at Coachella, and it’s possible that Selena saw something on Justin’s phone. She clearly decided to cut ties right after the event, so it’s obvious that something went down. Plus, the fact that Justin and Kylie aren’t even trying to hide their new fling says a lot about their history together. It’s clearly not a new ‘relationship’ for them, and we know that Justin and Kylie have known each other for a while – so I guess the question is, how long has this fling been going on?

Justin’s not the most faithful guy in the world, and even though he seemed to really love Selena, that doesn’t mean that he didn’t cheat on her. In fact, most of their breakups seem centered on Justin’s affairs, so could Kylie just have been another addition to his list? Obviously, this would might have angered Selena more because of their history together, and considering that Selena was also friends with Kylie. Some friend huh? Well, Kylie’s a Kardashian sister, and honestly, who expects any more from them? They wouldn’t consider what they did to be betrayal, but rather another attempt to increase their public profile. By dating and/or hooking up with Justin, Kylie’s put herself into the center of the media spotlight, and she’s not going to care whether that spotlight is negative or positive.

What do you guys think of Justin and Selena hooking up?

Kylie hasn’t had a very good week, Selena Gomez has claimed the reason why she dumped Justin Bieber was because Kylie hooked up with him at Coachella.