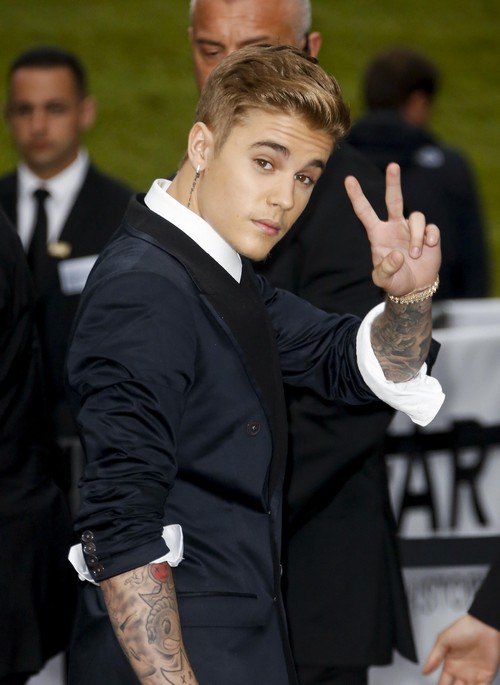 Security is one of the biggest issues that any celeb has to contend with and let’s face it, if you’re going to trust someone with your life then they better be qualified for the job. The Bodyguard Group of Beverly Hills has had a perfect safety record for 45 years and if owner Kris Herzog is often asked to assess the threat level to celebs that have yet to sign on with his company. Herzog’s staff is comprised of ex-Navy Seals- in other words people more than qualified to handle whatever level of crazy a deranged person might bring to the table.

Kris Herzog recently was asked to take a look at Justin Bieber’s security team and to weigh in on just how safe he actually is and those findings were dismal at best. He spoke with Biebs directly and learned that a professional security team isn’t necessarily what the clown wants. Instead Bieber prefers to hire his gangsta friends to keep trouble away. The problem there is that instead of protecting their friend the do whatever he tells them to. That means they begin (or finish) fights, they hot box airplanes to the point that the pilot is wearing an oxygen mask while making a mayday call and they aren’t trained to handle emergencies.

Herzog hand delivered his findings to Bieber’s manager, Scooter Braun and in it he predicts that unless the young star is willing to make major changes like firing enablers he could be dead within two years. When you think about everything that we know for certain about Bieber’s behavior in the past 18 months and you add in all of the things that Herzog learned while investigating his lifestyle it sounds like his prediction is right on point. How much longer do you think that Bieber can continue living as he has been? Do you think Herzog’s prediction is about right? Tell us your thoughts in the comments below!