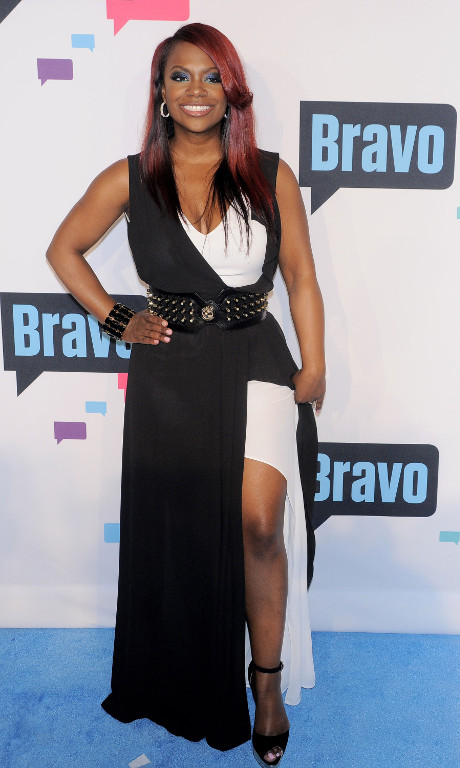 Kandi Burruss, The Real Housewives of Atlanta star, managed to find something funny in what could’ve amounted to being one of the biggest brawls on reality TV. Most of the cast’s reaction to the fight was disgust; Kandi, however, couldn’t help but find the whole situation hilarious, especially after she spotted the great Chuck Smith hiding behind his wife so as to avoid the punches being thrown!

At first, many respected Mynique and her husband for not involving themselves in someone else’s fight. They were the smartest people at the slumber party. But then the photo (below) was revealed, which just made matters worse. For a former football player, to be caught like this is, well, a bit embarrassing. His wife’s pose in the picture doesn’t help the situation either. Mynique stands as if she’s preparing to protect herself when, no sweetheart, you shouldn’t have to! What’s the point of having a husband if he cowers behind you?

Of course, Kandi had to be the one to bring this up because she’s clearly harboring some animosity/anger toward Chuck. Earlier in the season, Chuck had implied they were friends with benefits and that she slept around just as much as he did. It was in bad taste and, worse, it hurt Mama Joyce. Joyce doesn’t like most of the guys Kandi dates but, as it turns out, she actually liked Chuck. She even said he was like a son to her. So his words embarrassed both mother and daughter. Say what you want about Kandi — but one thing’ll always ring true. She doesn’t let anyone trifle with her mama.

Kandi got Chuck back for it and she didn’t even have to lift a finger. 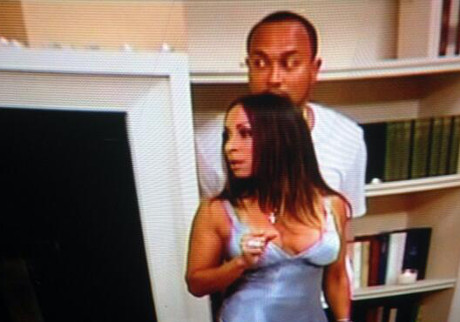