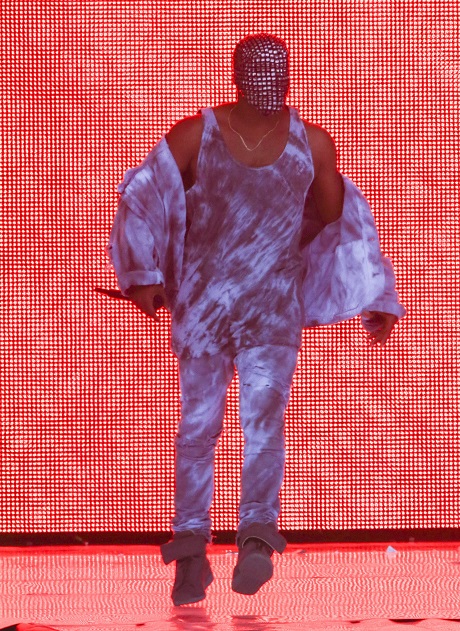 Kanye West is egotistical, trouble-eyed, and downright creepy. The narcissistic “music star” – we use the word “star” very loosely – has had an obsession with Kim Kardashian for nearly decade. And by obsession we mean a full-on, Tonya-Harding-meets-Mark-Chapman ob.se.ssion. West stopped his performance at London’s Wireless Festival on Friday evening and told the audience that he proposed to Kim K seven years ago. (Seven years ago Michael Jackson was still half-alive, Jordin Sparks had just won American Idol, and The Big Bang Theory aired its pilot episode)

West and Kim K were BFFs back then. They shared secrets in treehouses, played ring-a-ring-a-Kim-Kardashian-made-a-sex-tape, and attended Murder University together – West majored in Obsession 101. He was in love with her since 2006, but Kim had more important things and people to do, so West had no choice but to wait for his true love to return from Sex Land. He poured his immortal soul into his music (Yeah/And you say Chi City,Chi City, Chi City/I’m comin’ home again/Do you think about me now and then?/Do you think about me now and then?/’Cause I’m comin’ home again, ‘min’ home again) and built a shrine out of Coke cans and tears.

Fast forward to the present day: Kim K gave birth to a compass, Kanye married his true love, and Bruce Jenner found his face in a dustbin. It’s a match made in- You know.

“F**k saving face and what it’s supposed to mean, it’s about living my dream. I told Kim seven years ago I would marry her and I made it happen. I just wanted to make something awesome and be awesome and change the world, and that’s exactly what I plan to do,” said Kanye The Wise.

Kanye is like so awesome that he’s awesome, you know? He can plan something and call it “Plan Something” and be all awesome about it and save the world. You know what would be really awesome? If he saved Bruce Jenner’s face. And his dignity.