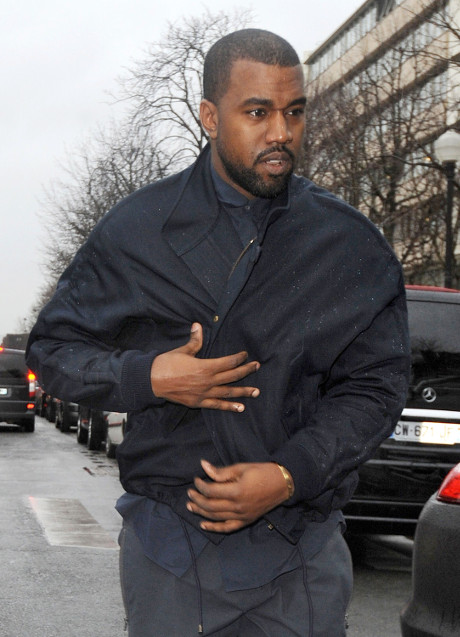 Kanye West can never resist a chance to give his beloved Kim Kardashian the spotlight. And because he truly believes that she’s biggest thing to come around in Hollywood since Marilyn Monroe, he’ll do everything he can to make that happen — including giving her a starring role in his Yeezus full-length feature. Oh, the ego runs strong in this one.

We’ve seen enough disastrous crossovers between film and music people, and with the exception of a rare few, these crossovers always fail drastically. We’ve seen Kanye’s Bound 2 music video, which he proudly admitted to coming up with himself, and I don’t think it’s a stretch to say that his planned Yeezus movie will be just as much of an atrocity.

Apparently, the movie will be based on the Yeezus album, and Kanye’s working on the script with American Pyscho writer Bret Easton Ellis. Of course, if Kanye’s working on the film, he’s already figured out a way for Kim to have a starring role. A source tells Radar, “Kim is definitely going to be in it. The screenplay already features her character. They’re still working on the script, but her role in the movie will be pivotal. Her role is going to be very dramatic. Far from the bubbly happy persona that she’s always played.”

Oh, this oughta be good. Kanye attempting to make a full-length movie and Kim attempting to act. And of course, when the eventual floptastic film comes out, Kanye will wonder why critics aren’t raving about it, and then come up with an asinine excuse for why Kim wasn’t nominated for an Oscar. Trust, we’ll be hearing the ‘O’ word come out a LOT when Kanye’s promoting this movie. He’s delusional enough about his own talents, but so, so much more when it comes to Kim’s talents. Just stick to music, Kanye. Just stick to music.