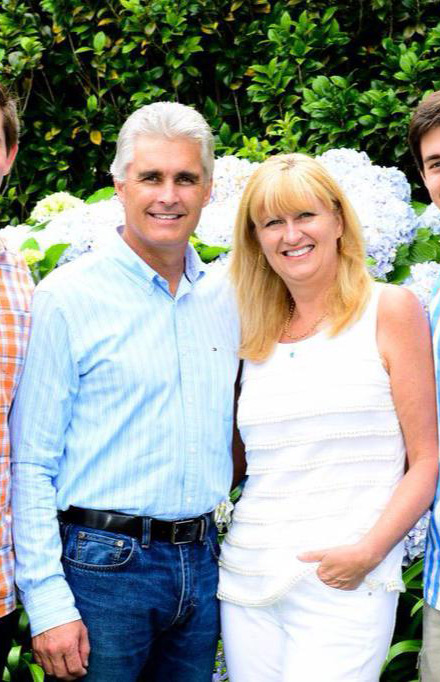 On top of everything else, Kate Gosselin can now add having an affair with a married man to her resume. We know that [or have guessed] that Kate Gosselin has been having affair with her bodyguard, Steve Neild, for the last five years, and they’ve been spotted out and about quite often, looking very much like a couple. It was just assumed in all that time that the bodyguard in question had broken up with his wife already, but now it doesn’t look like that.

According to reports, Steve’s wife, Gina Downie Neild, recently posted a picture of herself, Steve, and their two children on Facebook, looking like the picture-perfect definition of a ‘happy family’. Apparently, this picture was taken as recently as January, when the family had reportedly gone to New Zealand for a little visit.

But then, just months later, Steve is spotted getting cuddly with Kate at concerts and outings. A source even tells Radar Online, “They are most definitely a couple and were NOT trying to hide it.”

Ok, so there are a couple of different explanations to what’s really going on. One – Steve Neild is an a**hole cheater who doesn’t care about his wife’s feelings and has been hooking up with Kate Gosselin for the past five years, and Kate clearly doesn’t give a damn that Steve is still married with children. Two – Steve and his wife have an open marriage, which means that he’s almost given permission to cheat on her whenever he chooses, resulting in his weirdly close relationship with Kate.

So which is it? I’m inclined to go with the first option, only because history has proven that Kate Gosselin’s relationships are usually built on a foundation of lies.