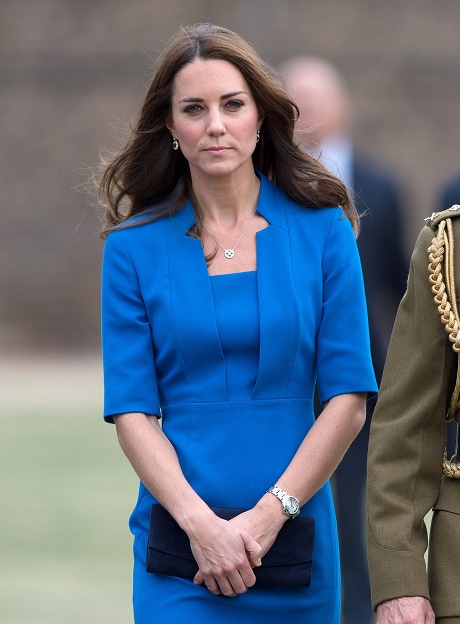 Kate Middleton and Prince William are worried a palace spy is in their midst — and they just dealt with a stalking photographer who was harassing and following their toddler son, Prince George. According to recent reports, Kate is worried about a secret spy at Kensington Palace who is reporting their every move to the press. Um… maybe she should take a second look at the palace’s press office? It’s sort of their job to leak stories about the royals to the press, even if they’ll never list it in their official job description. Plus, Prince Charles controls the majority of the press right now, and I wouldn’t doubt that he’s going out of his way to have his son and daughter-in-law followed and their every move reported to him.

A source tells Life & Style, “She’s paranoid that someone inside the palace is leaking her secrets. It’s her worst nightmare. They’re trying desperately to find out who’s spying on them by giving out false information to different people. If any of that information comes out, they’ll know who’s responsible.”

Well, that would certainly explain her fleeing to her parents’ Bucklebury home, wouldn’t it? If she was trying to keep the “Kate Middleton morning sickness” headlines at bay, living in a palace full of spies and leaks and moles wouldn’t be the best option. Kate can try and pretend as though she wants to get rid of this spy for George’s sake, but she’ll be doing herself, Prince William, and even Prince Harry a favor by finding them.