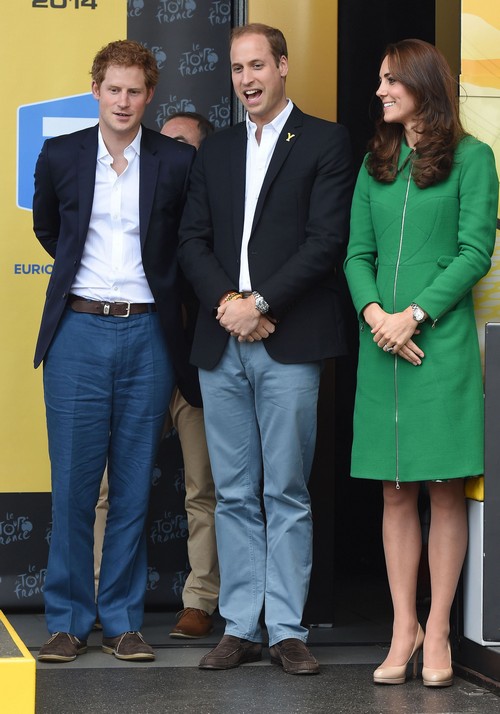 Discussing Kate Middleton‘s pregnancy has become a favorite pastime for most UK tabloids, but the royal family’s breeding habits continue to remain a topic of interest all over the world. The British Monarch is one of the few monarchies where the royals actually have any semblance of power, and thus, Kate Middleton, Prince William, and Prince George have become the unofficial ‘first family’ of royals everywhere.

Now, we first started hearing rumors about Kate’s pregnancy a few months ago, when Kate refused to drink alcohol during her Australia and New Zealand tour. However, those rumors died down when she took a sip of wine the next day, and everything went back to normal. However, when Kate returned from their tour, the rumors began again. The press was briefly distracted by her naked bum scandal, but her lack of public appearances combined with a noticeable change in her figure caused the tabloids to kick up the dirt in earnest. And this time, legitimate sources started confirming that Kate and Will actually were trying for a baby.

For example, Vanity Fair had a huge feature on the royal family in honor of George’s first birthday, and the writer inevitably revealed that Will and Kate were trying to get pregnant again. Apparently, ‘friends’ of Kate and Will confirmed to the magazine that the couple was planning on trying for their second child during the summer, and whaddya know? It’s already the summer.

Of course, amid all the legitimate reports, we also get a bunch of inane tabloid rumors. For example, In Touch recently had a story about Kate Middleton being pregnant and anorexic at the same time. According to them, Kate had dropped down to 91 pounds and was starving herself, even though every other outlet was reporting on her baby bump and weight gain.

Speaking of the baby bump, Kate was also making an effort to prevent any further speculation at the Tour de France appearance. She hid her ‘baby bump’, which could either be taken as confirmation of the pregnancy or her attempting to stop the media from obsessing over her stomach.

In the end, we’ll find out sooner or later whether Kate actually is pregnant, although I’m betting on sooner. Do you guys agree? Let us know your thoughts in the comments below.