Kate Middleton Pregnant For Her Australia and New Zealand Tour With Prince William and Baby George? 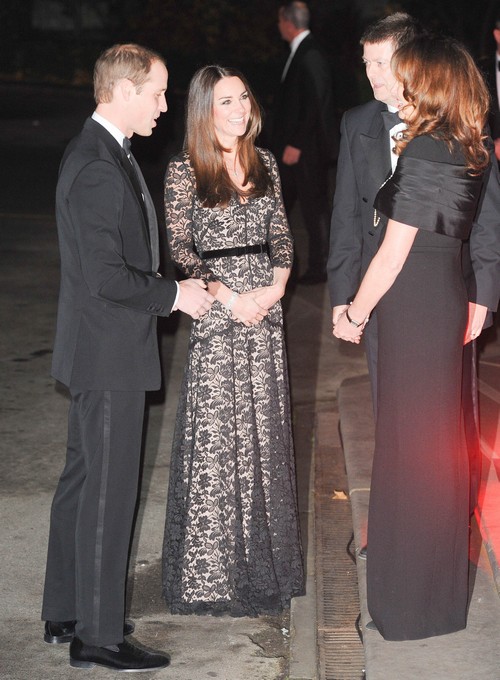 In April, Kate Middleton and Prince William will go on their first big tour with little Prince George. Now the first details regarding their itinerary have leaked as German tabloid “Bunte” reveals.

For their tour of Australia the Duchess and the Prince, both 31, plan to set up their base camp in Sydney. From there, the royal couple is going to visit numerous places all across Down Under.

“An advance party of royal aides will arrive in Sydney this month to finalize precise details of the expected month-long itinerary” reported the Sydney Morning Herald.

Clarence House, the official residence of the Prince of Wales, has yet to confirm the official route of the trip. Nevertheless, the Australian newspapers seem to be quite sure that Duchess Kate and Prince William will set up their base in the port city of Sydney. Most important is a safe place for little Prince George, “Our main concern is a safe place where the then nine months old Prince, the third in line to the throne can be taken care of, while the royal couple will go on their surely very busy itinerary.” an insider reveals in Marie Claire.

With their base in Sydney Prince William and Duchess Kate would be walking in the footsteps of Prince Charles (65) and late Princess Diana († 36), who had started their tour of Australia in the state of New South Wales as well and traveled the rest of the continent and the surrounding islands from there.

In contrast to Kate and Wills, Charles and Diana had their base in Woomargama near the town of Albury. Allegedly Prince William even learned to walk there!

The official plans and tour dates for William and Kate have yet to be published, only then we will know whether baby George is going to be on the plane with his parents. The royal protocol actually doesn’t allow two immediate heirs to the throne to be on the same plane!

The Australian edition of the International Business Times quotes the latest issue of “Star” magazine claiming Prince George is going to be a big brother soon.

Rumors about a second pregnancy for the 31-year old Duchess of Cambridge, who welcomed her first child last July, have pretty much been out there since she left the hospital with little Georgie

In the magazine’s report, Prince William allegedly made the pregnancy announcement to other family members and friends present at the Palace’s Christmas party held in December. Another detail included in the pregnancy report involves the baby’s name which will be Diana, the late Princess of Wales, if Kate delivers a girl.

The magazine went on to claim that Kate Middleton has not experienced any morning sickness yet, unlike what she had to deal with during her pregnancy with Prince George. Kate’s pregnancy with her first child took a toll on her health condition to the point that she was hospitalized for acute morning sickness at the King Edward VII hospital in central London.

Now tell us what do you guys think? Should they be taking 9 months old George to Australia? Should Kate, if she is pregnant, even be going there?