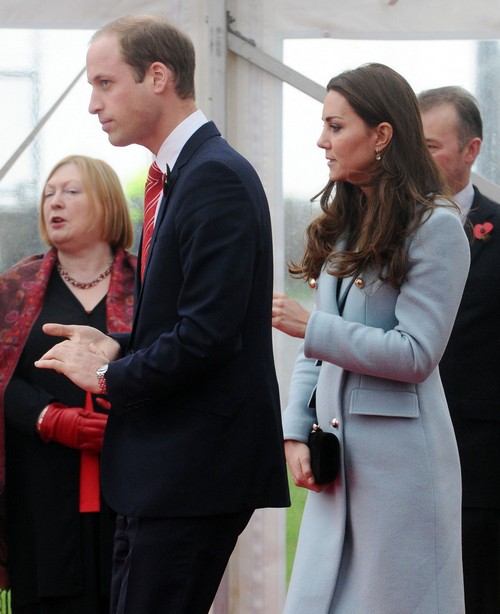 Kate Middleton and Prince William did their duty and no more yesterday, Saturday, November 8 in Wales. Kate looked healthy and her baby bump was barely visible – does this ever girl eat? When Kate posed for the camera and smiled she appeared happy but otherwise looked strained and miserable. No doubt this relates to her ongoing marriage trouble which is now compounded with sister Pippa Middleton’s selfish attempt to work at NBC with the Today Show. Prince William did not appear overly delighted himself. There is onbiously trouble brewing within the royal family both with famewhore Pippa and between The Duke and Duchess of Cambridge. CDL is investigating and we will get back to you with an update as we learn details of the royal marriage trouble.

Kate Middleton missed a couple of royal engagements when she was sick, but her public appearances have come back with a vengeance thanks to Queen Elizabeth. Kate Middleton has been making appearance after appearance over the last two weeks, all with Prince William by her side. Even though a part of it has to do with Kate’s health improving, there’s also the whole Kate Middleton/Prince William fighting issue.

The couple was rumored to be spending the last few weeks apart, not because of Kate’s illness, but rather some disagreements between them. Kate stayed holed up in her childhood Bucklebury home, whereas Will stayed at Kensington Palace. And even if you can claim that Kate was sick and wanted to be nursed by her mother, she’s all better now – so what’s the holdup in returning to Kensington?

Kate and Will looking less happy below during Kate’s first official appearance since announcing second pregnancy greeting Singapore’s President. Hopefully the expectant parents have made up since then and Kate will be living at Kensington Palace with her husband. 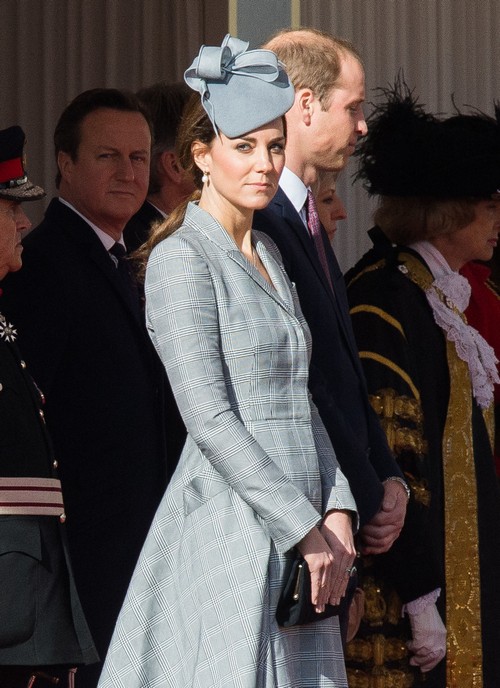 Since the whole world is focused on Kate and her growing baby bump – and will be for the next few months – it’s important for the royals to send a strong message, and for that, they need Kate Middleton and Prince William in love, not Kate Middleton and Prince William living apart. So Queen Elizabeth did what any other grandmother would have done, and she forced Kate and Will to work it out by sending them on a babymoon to Balmoral.

But whether Kate and Will sorted out their issues or not, they’re going to be forced into continuing the ‘Prince William and Kate Middleton are happy!’ tour all over the UK. Sources tell Hello Magazine that Kate and Will are scheduled to attend the Royal Variety Performance for the first time ever together on November 13. And you know, they’ll meet several celebrities and get hundreds of photos taken of them. This will follow their public appearance in Wales Saturday November 8. No big deal, so long as they don’t slip up and drop the perfect couple act. Kate looked good on Saturday in Wales as the pics below show – you’ll notice two features: 1) the Duchess of Cambridge hides her baby bump, makes sure to keep it well covered in all shots; 2) when not posing she and William look strained and rather upset. There will be more on this apparent discord later in an upcoming post today.