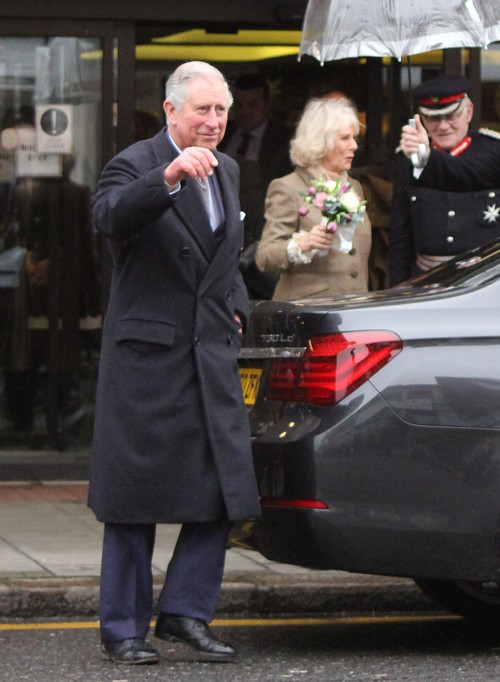 Camilla Parker-Bowles is up to her usual drunken tricks it seems, wrecking havoc behind closed palace doors. We have already told you about the multitude of fights over Prince Charles’ birthright which makes him a supposed automatic heir to the throne. Being King has looked like more of an impending burden to Charles than something that he has spent his whole life looking forward to and he supposedly has been kind of relieved by the notion that Prince William may instead take over as ruler.

As the new year began it became pretty clear that Queen Elizabeth is willingly starting to share power and distribute power amongst royal family members. Last week Charles decided that the Kensington Palace press office will cease to exists because it has spent the past year basically promoting the younger royals as if they were rock stars. We got to hear about Prince Harry’s exploits, Prince William’s random thoughts on various frivolous topics and then there were all of nuggets about how Kate Middleton is climbing into the upper echelon of fashion icons. Charles decided that this office needed to go in order to make the royal family appear more serious again and that means that every report now must be cleared by his office first.

Does Charles really care if the public is slightly obsessed with whatever coat Kate wore last? Probably not. That is Camilla harping in his ear, asking him to shut things down for the attractive younger couple  and Prince Harry so that at the very least she doesn’t have to hear a daily dose of “news’ regarding the part of the family that she hates and resents the most. Charles likely let Cami win this battle and agreed to shut down that press office because it was a little thing that would at least temporarily shut up his lush of a wife. She had recently threatened to start spilling royal secrets and this baby step may have bought Charles some time, but at what cost?

Now Charles has caused friction between himself and his sons. William especially has worked hard to be seen as a respectable man that understands the quotidian needs of the British people. The Kensington Palace press office has really helped him to do that. Having to now be funneled through the stuffy more formal office controlled by Prince Charles’ media manager, Sally Osman, will throw the younger royals back several decades rather than help them usher in a more modern monarchy. How do you think that the royal power struggle will ultimately shake out? Who will be on the throne next? Tell us your thoughts in the comments below!