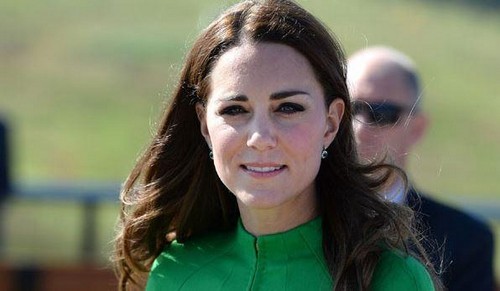 It seems like every time a member of the Royal Family or a celebrity in general gets pregnant, rumors begin swirling that they are expecting twins. But, this time there may actually be some merit to those rumors. Kate was already spotted out and about with a baby bump, which is strange since she is reportedly only ten weeks pregnant. Prince William and Kate stepped out for a casual dinner together on Thursday September 11th at King’s Head Pub in Great Bircham, and you could already see Kate’s tiny baby bump. Generally you can’t tell someone is even expecting when they are 8-10 weeks pregnant, unless they are expecting twins.

And, as if Kate’s baby bump wasn’t suspicious enough, Prince William and Kate have picked out two named for baby girls! Generally, a couple picks out a name for a boy and a girl, if they don’t know what they are having. But, the fact that they picked out two baby girl names could only mean that they could possibly have two baby girls, twins! Multiple sources have reported that William and Kate have picked out the name Margaret (after the Queen’s late sister), and Elizabeth after the Queen herself!

Do you think Kate Middleton is pregnant with twins this time around? Or do you think it is normal to already have a baby bump this early in your pregnancy? And, what about them picking out two girls’ names instead of one? Let us know what you think in the comments below.