Katy Perry Catches Hate From Photogs At Milan Fashion Week For Being Late: She Tells Them ‘To Shut The F*** Up’! (VIDEO) 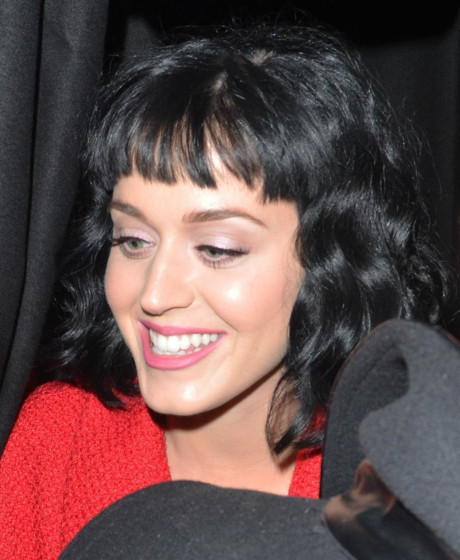 Katy Perry caught some major hate at Milan Fashion Week for reportedly showing up an hour late to her walking gig at the Moschino show. When photogs, who were under the impression she was scheduled to show up at 8 PM (not 9 PM), witnessed Katy Perry in her hot style, she was welcomed with boos and jeers, to which she responded quite bluntly, “You’re all going to get your picture, so shut the f**k up.”

While Katy Perry did show up just before 9:00 PM, insiders at the show say that she wasn’t late at all and arrived on time, just when she was supposed to. It seems as if there was some miscommunication somewhere along the lines — or these insiders are just trying to cover KP’s rear.

Rita Ora, who was also scheduled to make an appearance, showed up 15 minutes after Perry, leading many to believe that the gameplan was right on track. These photogs were probably just cranky; I bet they’re tired of covering fashion weeks all around the world #ToughLife.

Jeremy Scott, a designer for the fashion line, tweeted after the show, “THANK YOU @katyperry & @ritaora FOR BEING THE BEST GAL PALS A BOY COULD DREAM OF.”

Watch the video clip below of Katy at the show and let us know what you think of her response. Do you think she should’ve just brushed off the hate and rolled with the flow?