BY Amanda Austin on June 23, 2014 | Comments: one comment
Related : Keeping Up With The Kardashians, Reality TV, Recap, Television 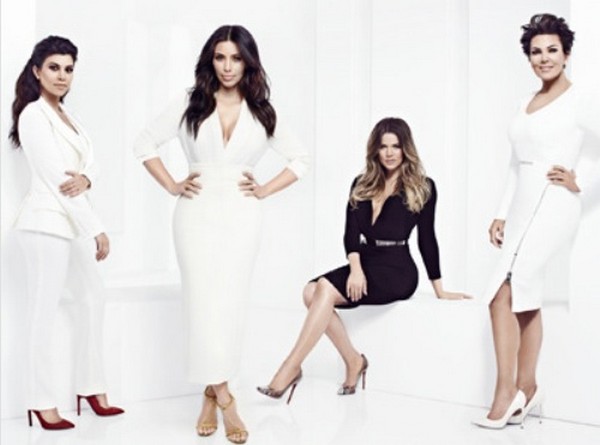 Keeping Up With The Kardashians continues tonight with a new episode called, “Doggy Blu’s.” On tonight’s episode, Khloé must reconsider her attitude; Kendall’s lack of responsibility; Scott’s newest vehicle.

On the last episode Kris began to feel worried that Bruce may be lonely and went a little overboard trying to prevent this one sided thought, meanwhile Scott and Kourtney inherited a painting. Did you watch the last episode? If you missed it, we recapped it all right here for you.

On tonight’s episode Khloé hits a sudden realization that she’s been acting a bit weird and must reconsider her attitude; Kendall is believed to lack an important quality that women her age should have and that’s responsibility; Scott once again gets himself a new vehicle.

RECAP: Tonight’s episode of Keeping Up With The Kardashians kicks off with Kris freaking out because she stepped in a pile of Kendall’s dogs’s poop. While she washes her foot in the kitchen sink, she fights with Kim over which one of them is going to clean up the poop. She is tired of taking care of Kendall’s dog while she is out of town modeling.

At Kourtney’s house she is bickering with Scott over remodeling their backyard. Their backyard is half done, but they can’t decide whether they will move to a new house or finish fixing up their current house. Scott is annoyed because he is in his home-office trying to work and Kourtney is nagging him about the backyard and the pimple on his nose.

Kris, Kim, Khloe, and Kendall head to a cycling class together. Kris complains that her crotch hasn’t gotten this much action since 1934. Kendall is embarrassed of her Mom and tells her to act her age.

Back at home Kim finds literally 8 piles of dog poop all over the floor. She puts her shoes on and walks around it because there is no amount of money in the world anyone can pay her to clean it up. Kris comes home and finds the house full of dog poop and yells at Kim for not cleaning it up and calls her a “piece of shit.” Kris tries to clean it up without gagging and Kim complains that it is Kendall’s responsibility.

Kourtney finds Scott in a van in a parking lot and he says that it is his mobile office. She doesn’t get why he would buy a van when he was an office at home. Kourtney calls her real estate broker to set up an appointment to show Khloe a new house that Kourtney and Scott are thinking about buying. They ride in his mobile office over to Khloe’s house to pick her up, Khloe loves the mobile office regardless of what Kourtney thinks. Khloe tells them that if they don’t buy the house then she is going to.

Back at Kris’s house she is lecturing Kendall about her dog’s poop. Kim agrees with her Mom. Kendall says that they don’t give her a chance to pick up the dog poop. Meanwhile Scott and Khloe are riding around in his mobile office and decide to stop for food. Later Kourtney receives a phone call from Scott asking her to bring him a bottle of water out to his mobile office in the driveway. Kourtney is irritated with Scott because she knows he isn’t doing any real work, and they are supposed to be saving their money for a new house, not buying mobile offices.

Kim goes out to lunch, and her friends smell poop. Kim is embarrassed because all of her clothes smell like dog poop from Kendall’s dog. Scott arrives at home and his mobile office is gone, it’s not in the driveway. He calls Kourtney’s assistant, and she says Kourtney is out running errands. Scott is furious that his office is gone. Kourtney returns home and confesses that she returned the mobile office and cancelled the lease with the dealership because she was sick of it blocking the driveway. Scott admits that the mobile office was more of an accessory than a necessity.

Khloe and her friend Malika surprise Kris and take her out to a club because she feels guilty about how mean she has been to her lately. Malika is nervous, she thinks Kris is going to freak out when she realizes where she is going. Kris climbs in the car and they still refuse to tell her where they are taking her, she’s excited when they turn on to Hollywood Boulevard though. They park the car and The Game meets Khloe and Kris, and his entire entourage escorts her in to the club. Kris is pumped when she realizes they are going to a club. She takes the microphone from The Game and announces they are going to have a twerking contest. Khloe is happy that her Mom is having so much fun, and she thinks she deserves to let loose because she is the glue that holds their family together.