Keeping Up With The Kardashians LIVE Recap: Season 9 Episode 16 “A Thailand Vacation Part 2” 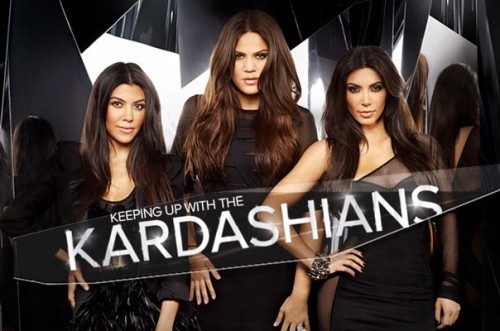 Keeping Up With The Kardashians continues tonight with a new episode called, “A Thailand Vacation Part 2.” On tonight’s episode, the family vacation to Thailand continues to be full of drama, beginning when Kendall and Kylie run off and can’t be found.

On the last episode, in part 1 of 2 of the Kardashians in Thailand, the vacation got off to a rough start when Kourtney, Scott and Rob decided to bail out on the trip. Meanwhile, Kris and Bruce found it difficult to get along; and things took a turn for the awkward when Brody walked in on Kim taking a sexy selfie for Kanye. Did you watch the last episode? If you missed it we have a full and detailed recap, right here for you.

On tonight’s episode Part 2 of 2 the family vacation to Thailand continues to be full of drama, beginning when Kendall and Kylie run off and can’t be found. Meanwhile, Khloé is crumbling under the pressure of feeling like everyone expects her to be Rob’s keeper; at the same time, Brody has revenge on his mind after being teased about walking in on Kim taking sexy selfie photos.

Tonight is the second part of the Kardashian klan’s annual vacation and this time the whole family (minus Rob) is in Thailand. Since Kendall and Kylie are mad at Kris she’s actually thrilled that Brody, Lea and Brandon are there to make her laugh. Meanwhile Kim is still focused on her selfies- you know the kind taken with a full crew and turn into an actual photo shoot? Yeah, those selfies.

Kendall and Kylie were ticked off and when the family woke up they were gone. It turns into a made for television search party. Khloe, Kim, Kris, Bruce, Brody, Brandon and Lea are all searching in their city in Thailand until finally the girls send them a photo. A taxi driver places it as a particular beach and everyone goes there but doesn’t find them. Kris talks about how worried she is while Khloe and Kim try to match up the photo that Kendall and Kylie sent to their current surroundings. Bruce can’t believe that the girls just left in a foreign country where they don’t even speak the language. Bruce is picking a justifiable fight.

Kris finally starts totally losing her mind and yelling at everyone in her path. Eventually Khloe and Kim find them getting massages. Bruce seems to be the only one that actually is demanding answers. Kendall says that they need to stop fighting and start liking each other again and tell them that they had needed a break from them. They also let Kendall in on the joke about Brody walking in on Kim.  It turns into a lunchtime conversation with Kris and Lea discussing Brody’s love for Kim and how he kissed her when he was 7.

The family spends the morning on a yacht and then they canoe through caves at Bruce’s insistence. He and Kris have fought the whole time but she eventually admits that his ideas have been once in a lifetime ideas and that she’s grateful. Brandon eventually starts to talk to Khloe about Rob. She is living in his cozy townhouse now and she admits that Rob doesn’t leave the house now. She says that he is very depressed. Kim thinks he is stuck in a cycle and that Rob needs to go away and do something else. Kim is about tough love but Khloe thinks that Kim has been away from Rob for so long that she doesn’t even know him anymore.

Kim has been let in on the joke about Brody and plays along teasing him until he decides to get even by landing in her bed naked. As Kim goes up to bed with baby Nori she finds Brody lounging with just a leaf while Lea is laughing in the shadows. They figure this moment will put an end to the awkward game they’ve been playing all day.

Kylie talks to Bruce and Kris and tells them the fighting has been hard on them. Kris says that she and Bruce are trying to find their footing as friends and that it’ll take time. Kris toasts the family at dinner and is already looking forward to the next one. After Kris and Bruce leave the table Khloe clues the family into the plan that she has of leaving early. Kim calls her a miserable person and says “You just want to get home to the 50 rappers that you’re dating.” and Khloe swings back by making fun of Kim’s selfie addiction.

The next morning Kim talks to Kris about Khloe wanting to leave. They both believe that Khloe wants to get home to Rob out of guilt for leaving him. Kris says that she cries herself to sleep every night worrying about everyone because the whole family is always going through torturous drama. Kris makes Kim realize the bond that Khloe and Rob share and how hard his messed up life is on her. Kim thinks that Khloe needs to grieve and save herself. Tune in next time for more Keeping Up With the Kardashians.