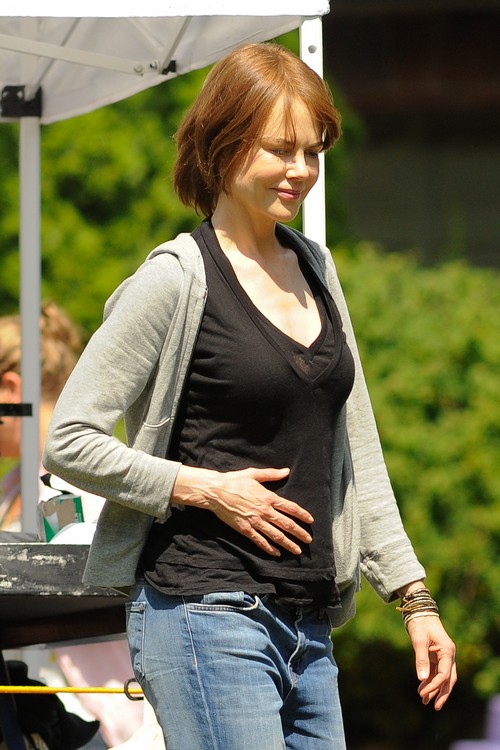 Nicole Kidman and Keith Urban portray the image of domesticated bliss to their many fans, but sources tell us that divorce has been discussed and the truth couldn’t be further from that happy image. We’ve already gotten some inklings of a troubled marriage over the past few years, with both of their busy schedules and the limited amount of time they seem to spend together.

However, Nicole and Keith both have their kids to think of, and they’ve stayed together because of their commitment to raising their family. Even as Nicole’s face has come to resemble the crypt keeper, Keith has stayed with her. But now, he’s sick and tired of the waxy-looking blonde creature that has taken over his wife’s face, and he wants the woman he married back.

Our sources tell us that Keith is actually threatening to leave if Nicole doesn’t stop with the fillers, which she very well might not to do. From what we see with women [especially in Hollywood], they start off slow and then get addicted to plastic surgery within their first two times at the surgeon’s office. They get some small fillers and injections, and they are so impressed with the results that instead of waiting for everything to settle, they go overboard and jump into getting a bunch of different procedures done – much to the horror of their husbands, I’m sure.

Nicole is the same way, but nowadays, there’s simply no more career pressure to look young. Does she want to be stuck playing the ice queen role forever? Or worse yet, does she really want Keith to divorce her because she looks so unbelievably plasticized? It almost seemed like her face settled earlier this year, but fast forward a month, and it was back to the same frightening visage.

Honestly, Keith should probably just refuse to let her go back to LA until her face returns to normal. But then again, it’s not like he has that much say in the matter, even with his veiled threats.

Check out Nicole’s hands and her face – then you’ll get a clue of the amazing amount of plastic surgery she has had!