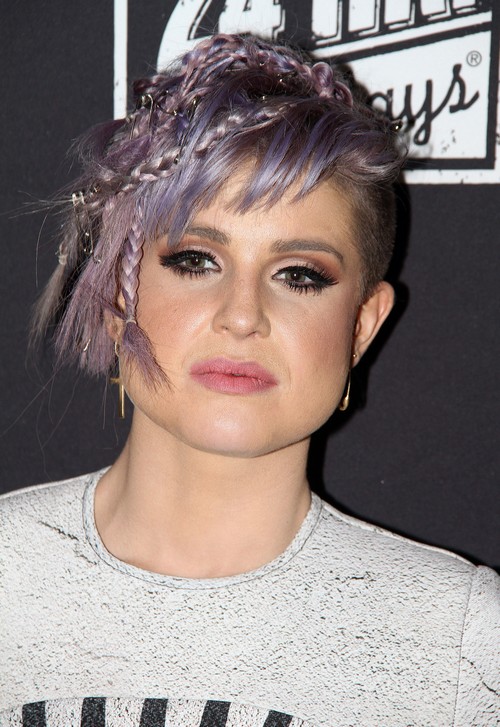 Kelly Osbourne has managed to keep her wild child ways under lock and key for a long time, which is commendable considering how she grew up. However, she can’t seem to resist her famewhore impulses, which often lead to her doing crazy things like getting tattoos on her head, shaving off her hair, and dating bad boy musicians/models.

According to a new report, Kelly’s new boyfriend, English model Ricki Hall, is renowned for being trouble. Kelly’s already been to rehab seven times, so can she afford to be hanging out with people who could be negative influences on her?

A source tells Star Magazine, “Ricki is a party boy. He loves the club scene, and he loves women. This could be the most toxic relationship she’s ever had — and that’s a frightening thought.”

Yikes, that is frightening. And lest you think that Kelly may have turned over a new leaf, she and Ricky have already been spotted looking wasted after an entire night of partying last week. And this is the same woman who keeps insisting that she’s staying sober and refusing to give in to the peer pressure to party and drink like her contemporaries.

I have to reiterate the fact that Kelly’s been to rehab seven times, by her own admission. When she’s this aware of her tendency to go off the rails, how can she risk dating someone who clearly puts her at risk for another downward spiral? Does she just not care, or is she too enamored with Mr. Hall to notice the warning signs?