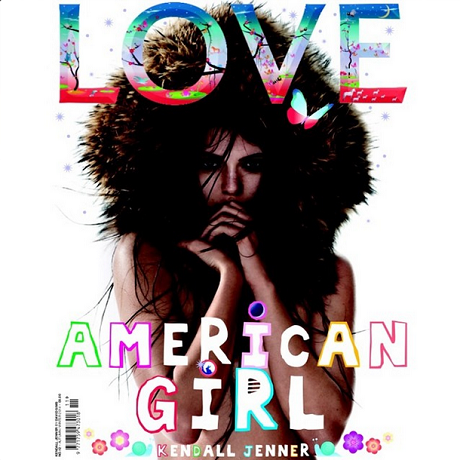 Kendall Jenner continues her modeling career with — yep, you guessed it — more nude photo shoots. Kendall, part of that Kardashian empire, has been making waves in the modeling world by booking some rather amazing jobs. Now, some might say that her mother and her Kardashian fame is the main force behind her industry breakout; however, others might venture to guess that Kendall really does have a knack — and talent — for modeling.

Sure, having Kris Jenner on your side doesn’t hurt when trying to rake in some major publicity and famewhore-ish jobs, but I think it’s also important to note that Kris Jenner doesn’t have MAJOR influence in world of high fashion. So, I think it’s safe to say that Kendall, for what it’s worth, is valued (however small) for her ability to pull off a decent photo shoot. That, combined with the power of her name, seems to be a goldmine for magazine publishers and fashion icons who seek her out for their covers andor shows.

The new fashion world “It girl” strutted her stuff down the catwalk for Marc Jacobs during fashion week, dominated the stage for Giles in London, and she was recently featured on the cover of Teen Vogue. Not a bad start to her resume.

Most recently, Kendall covered for the magazine LOVE, which releases two issues a year. She was featured as one of the three cover models and also was featured inside the magazine. Check out the magazine cover (above) and be sure to get a copy of the mag, which hits shelves July 28th.