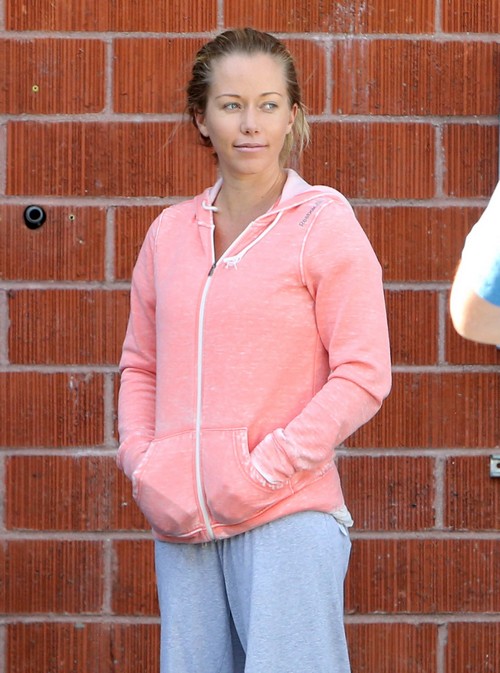 Kendra Wilkinson has a new man in her life! We really have no idea if Kendra and Hank Baskett are together this week or broken up again. After it was revealed that Hank Bassett was cheating on Kendra with transsexual model Ava Sabrina London, Kendra shocked the world and stood by her man. Then, reality set it and she quickly kicked Hank to the curb. And then, she and Hank reconciled and took a road-trip to meet her long-lost dad and are supposedly working through their differences.

If Hank and Kendra are back together again, then someone apparently forgot to tell Kendra, because she is currently hooking up with hunk Jake Quickenden in an Australian jungle while filming a UK reality show. According to the December 15th edition of Star Magazine, “The former X Factor UK contestant and mom of two Kendra are attached at the hip. The pair have slept in the same cot together, exchanged dirty talk together, and are constantly hugging each other – he even gave Kendra a sensual hot tub massage.”

So, while Kendra is in Australia openly flirting with another man on television – Hank is back home in LA helplessly watching it all go down on the UK television channel. Let’s be real though, were Hank and Kendra ever going to really live happily ever after post Ava Sabrina London saga. The real question is, does Kendra truly care about Jake, or is this all pay back for Hank cheating on her? Do you think that Kendra is right to hook up with another man on a reality TV show, or do two wrongs make a right? Let us know what you think in the comments below!