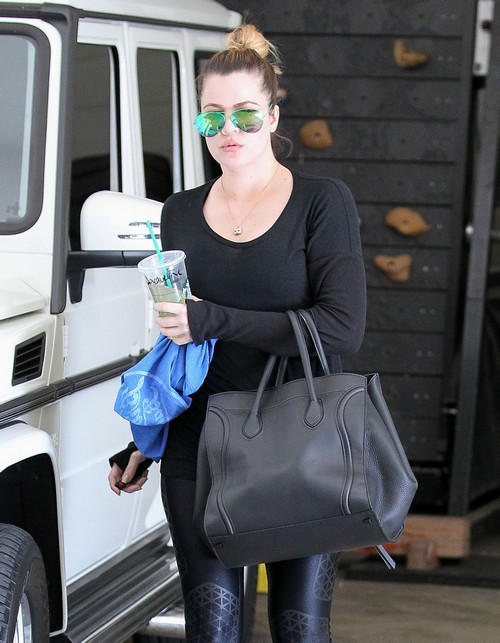 Khloe Kardashian‘s been going through a lot lately, especially as she tries to deal with her divorce and other family issues at the same time. According to our sources, Khloe’s planning to turn to an unlikely person for emotional support: her rumored biological father, Alex Roldan.

Khloe’s been open about her recent struggles to get back on her feet after getting officially divorced from Lamar Odom. All this time, she was still living in a state of denial, hoping that she and Lamar would manage to work it out. But after months and months of clinging to hope, she eventually had to accept the cold, hard facts and face the truth. Of course, that hasn’t prevented her from moving on, but it obviously takes more than a fling to get over a marriage that lasted a few years.

In this scenario, Khloe hopes that Alex will be able to help her cope and move on, providing the father figure that she so desperately sought but barely got with Bruce Jenner. As we all know, Bruce is pretty sick of the entire Kardashian lot at this point, and his priorities are with his own daughters, Kendall Jenner and Kylie Jenner. To him, the Kardashian sisters are the reason his own daughters are getting spoiled and becoming famewhores, and there’s no way he’ll be used an emotional crutch for Khloe. And it’s not like she can ask Kris Jenner for support, not when Kris is milking every inch of the divorce for her own personal gain. Thus, the only person Khloe can really turn to is Alex, and considering that he’s probably her real father and all, he has a solid reason for helping her out.

What do you guys think? Will Alex be willing to help Khloe after being ignored for so many years? Let us know what you think in the comments.